Should you trade Bitcoin and Ether on the short side?

With the volatility in crypto, especially on the downside, one might start wondering about short selling.

What if you were short BTC on March 12, 2020, when leveraged positions got blown out?

Or what if you were short ETH when Maker took a bullet around the same time?

Coulda made a killing when Yam nosedived from $150 to pennies?

Triumphs in short-selling ignore the real and substantial losses accumulated by short sellers over market history.

Now, in case it isn’t clear, what follows is not trading or financial advice. It is purely informational. 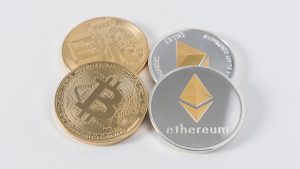 When markets take a swan dive, you will eventually hear the story about some trader or fund that made a killing. Jesse Livermore in the panic of 1907 and the Crash of 1929. Soros and Druckenmiller on the British Pound. John Arnold in natural gas. John Paulson, during the Great Financial Crisis. Chanos on Enron and, more recently, Wirecard. Taleb and Spitznagle during the Covidgeddon market decline.

These grandiose stories gloss over the risks of using short selling as a trading strategy.

Because numerous traders have had their heads handed to them over the years as well.

Niederhoffer twice. The hedge funds in the Volkswagen Porsche pairs trade. Bill Ackman in Herbalife. Short sellers in Taser and Tesla. And quite a few of those famed short-selling traders went on to lose substantial amounts in other short positions.

When used carefully, short selling can help protect returns and enhance them. It can be used in pairs trading strategies like long-short equity. Or as a hedging instrument in futures and options. It can also be used as a directional trade in any asset.

But at its core, short selling is simply a liquidity provision in a healthy and mature secondary market.

Short selling is a trade, not an investment

Short selling is a fundamental part of a fully functioning secondary market. It provides liquidity on the upside and on the downside. Short sellers assume risk by selling into an advance, theoretically dampening the advance with supply. Once short, short positions also provide buying support on the downside.

Short sellers can also provide violent upside moves if liquidity becomes tight, and they are forced to chase the asset higher to cover.

Short selling is neither bad nor good

There are lots of people that consider short selling little more than a form of manipulation. They will call it fraud, and call for short selling to be banned or made illegal.

Bans on short selling seldom work, and in many cases, have the exact opposite of the intended effect. The liquidity will actually decline, and prices don’t always recover. A perfect example was the ban on short-selling during the GFC by the SEC. This temporary decision failed to halt declines. The liquidity deficit also appears to have added significant slippage and execution costs for transactions.

Many of these baseless claims of manipulation and fraud in short selling are based more on self-interest than reality. People losing money during asset declines always need an enemy to blame.

The short sellers have some enemies too. One of them is the risk of unlimited losses.

The unlimited risk of losses

You might of heard that on the short side, there’s the theoretical risk of unlimited losses versus the long side. After all, you can’t lose more than zero on any long side investment or trade.

Long TSLA at $240 means one has a maximum two hundred and forty bucks of downside. Whereas, on the short side, a TSLA short at $240 has had $1800 plus of downside as the stock has risen, with perhaps more to come.

Many traders selling short in the right asset for the right reason with the wrong timing find that this isn’t just theoretical.

Short selling also has some other mechanics that increase the risks and complexities of a trade relative to the long side.

One of these mechanics is the requirement for a borrow.

Short selling means you have to borrow first

One of the restrictions for short selling is the requirement to borrow the asset before you sell it. After all, you don’t own the asset you want to sell.

To short an asset like ETH, you have to borrow it first, so you have something to sell and initiate the short. For example, in the case of BTC or ETH, you would borrow the coins from a 3rd party lender to get the asset you want to short.

You will pay a fee, usually hourly for crypto, for the borrow.

Now just because you want to short BTC or ETH doesn’t mean you can borrow it. In equities, for example, some issues have no stock available for lending purposes.

And except for market makers, naked short selling, which is selling short without a borrow in traditional markets, is forbidden.

Another risk of short selling is having your borrow called.

Your BTC short can be bought in without notice

As a result of the borrow, short selling also requires a separate margin account. Margin accounts also mean margin, a form of security deposit against adverse moves in the short position.

Margin rates vary based on a variety of factors, including price, volatility, and demand. If you fail to maintain your margin, you could find yourself taken out of the trade.

On the short side, there’s a unique risk based on your borrow. That risk is having the asset you are short, called by the lender.

A lender can call for the asset they lent you to be returned at any time. If your BTC borrow is called, you either have to buy it back to deliver or make special arrangements with your lender.

Failure to deliver can result in a liquidation, or an indiscriminate purchase in the open market called a buy-in. Like margin sellouts in leveraged positions, these liquidations can be painful and expensive.

Exploring the dark side using futures and options

One can be short certain crypto assets using other assets. For example, one can express a negative price bias by owning a Bitcoin put option.

Others will use Bitcoin futures as a way of expressing a short term downside bias in the price.

Both futures and options provide crypto participants with a way to use a short bias in that asset as a hedge against their BTC or ETH.

Call buyers can use short sales in the “cash” BTC market to trade around their position. One way is by shorting BTC against a long call option to lock in a price or trade it around to generate additional gains.

Short selling has restrictions associated with it because of the overall impact of declining prices.

Asset price declines can have a material impact on the cost of capital for a company or project. This can affect the kinds of financing available or whether financing is available at all. And it can have an impact on prospects with their most important and future customers.

In crypto, the ICO boom and bust have demonstrated some of these characteristics.

Falling prices in any asset also have a psychological impact.

Think about 2018 in crypto. The relentless decline in BTC, ETH, XRP and almost everything through 2018, weighed heavily on even the biggest cheerleaders in the space.

Cover when you can not when you have to

Some use short selling as a part of their permanent contrarian bias. These are the people that are buying on the way down and shorting on the way up. The idea is based around reversion to the mean.

The problem is that being short is about being short at the right time. Being right about a short sale and having the wrong timing can be expensive. Or being forced to cover when you have to instead of when you can, will turn a winning trade into an expensive loss and missed opportunity.

The dark side is far from a fringe activity. It is a form of market liquidity and a tool for hedging. Short selling, rather than a negative, is an example of valuable market innovation.

Short selling isn’t simply the opposite of a buy. It’s increased risk, and unique execution means that it should be used by experienced traders in specific situations.

You won’t ever nail a Yam, but you might be able to protect some downside in your portfolio instead.