Is Libra a cryptocurrency or a digital central bank?

What would you do if you had a technology company with a market cap of half a trillion, billions of customers, multi-billions in earnings, several product lines and a PR problem?

You would probably announce a high tech global currency, right?

The original announcement hasn’t gone smoothly. Libra was denounced by France and Germany. Zuckerberg has found himself in front of Congressional show trials. Some of the payment partners that were part of the original consortium have dropped out.

What if the Libra announcement was all part of a bigger plan?

And what if Libra could be the killer crypto coin by making one market-defining change?

Let’s have a look at the current Libra plan and see what’s going on. 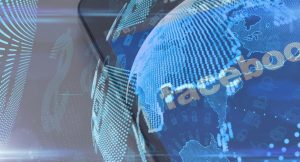 Now, there has been plenty of analysis on what Libra is and how it will work, at least in theory.

While many will look at all the Libra documents as a business plan, what these white papers represent is a series of marketing documents.

First, we have a focus on 1.7 billion unbanked individuals around the world. There is special emphasis on fourteen million unbanked in the United States for the benefit of US lawmakers who will be overseeing regulation. So they have the social justice angle covered.

We have an emphasis on simplifying the payment process and reducing costs, which will appeal to their target demographic. There is also a blockchain, which, although permissioned, will eventually move to permissionless. They will save energy and be cutting edge by using proof of stake.

And not to be outdone by Ethereum’s Solidity, Facebook will develop a new programming language for Libra called Move.

If you didn’t know better, reading the Libra white paper, you may think Facebook wants to be the next Ethereum.

Libra, the payment coin, will be backed by “real assets.” These assets will include various fiat currencies and assets of “stable central banks.” The basket of currencies will include 50% from the United States, a signal to the US regulators they are appealing to.

Facebook tells us that they will manage the value and purchasing power by creating and burning Libra based on the variation of demand. Libra will be created when users, merchants, developers and founders submit fiat and government assets. So they will be running Libra something like an ETF.

They will have a consortium of decision-makers based in Switzerland because of that country’s historical neutrality. The consortium will enjoy the profits derived from interest on treasuries, and the bid/ask spread on conversion.

And the payments will flow through various Facebook assets because they have a substantial and mobile-connected audience.

If you set up a focus group and asked them what a new global currency should be, you would probably come up with something like Libra.

Analysis of the plan has been mixed. One article pointed out that Visa and Mastercard don’t need this initiative. They already own the infrastructure and toll road that virtually every fintech relies on.

The idea that backing a digital coin with real assets that supposedly include fiat currencies and various short term treasuries is a bit rich. The failure of government assets is the reason why Bitcoin was started in the first place.

Now imagine setting up your own consortium that looks a lot like a central bank – and telling actual central banks you will be deciding which of them are stable and legitimate. One could see how this might cause controversy.

Maybe Libra should be named Hubris.

Another commentator pointed out that the currency basket approach had been tried and failed in the 1970s. Using this approach means Libra will be acting much like a hedge fund.

Looking at various currency moves since the 1980s, we can see on several occasions where “stable” central banks have made significant errors in currency management. Hedge funds were well fed by many of these mistakes. In 2015 various currency shops (aided by lots of leverage) disappeared overnight during violent moves in the Swiss Franc.

Does the Libra consortium have the capability to compete against a three trillion plus AUM in hungry hedge fund talent whose expertise is all things financial?

Facebook also says that Libra will be widely distributed and available through financial institutions and tradeable on exchanges.

This assumes any financial institutions will touch this without government decree. Government decree is the only reason any currency has been widely accepted and used anywhere  throughout history.

Free trading Libra also means speculation. Of course, the stablecoin approach is designed to reduce or eliminate speculation and price volatility. But is speculation bad?

Speculation is often presented with a negative connotation to it. It is widely believed in some circles that speculation isn’t an important part of a fully functioning, liquid market.

Contrary to these claims, speculation, like short selling, is a fundamental part of a healthy, liquid, secondary market. Try running a futures or options market without speculators. Or any market for that matter.

Now Facebook’s goal of reaching the unbanked is laudable. Numerous companies are working on this problem. Most of these are more localized and know their markets intimately.

The unbanked have various challenges that affect their ability to access banking services like regulation, red tape and corruption. There is also the challenge of cell phone infrastructure in some cases, as well as a stable and reliable power grid. Some unbanked simply lack resources.

There is little Facebook can do to help people with most of these issues.

The French and Germans challenged Facebook on their proposal, telling them in no uncertain terms it will be very difficult for them to operate in their nations. Considering the power the French and Germans have in the EU, Facebook and their partners could conceivably risk access to the entire EU if they proceed.

This business risk might be the reason all the payment players dropped out of Libra following public comments from the French finance minister and his German colleague.

In Congress, Zuckerberg pandered to the members.

The basket of 50% in US dollars is supposedly due to the importance US. US regulators will be the guiding force for their decisions, he assured them. Libra is the way to maintain American economic and financial supremacy, he told them.

Other countries watching the testimony must have been overjoyed.

Financial development in the far East is far more rapid because these systems lack the “burden” of a legacy financial system like that developed in the west.

It is the lack of financial stability, tradition and legacy infrastructure that gives nations, particularly Asia,  the flexibility to make these dramatic leaps. They are only now catching up and moving ahead based on the benefit of current technology and opening markets.

Facebook sounds like they think they are falling behind in the big tech competition for financial products and services.

Amazon has been quietly developing an entire financial infrastructure in India.

Apple has Apple Pay, along with a recently announced relationship with Goldman Sachs.

Google has decided to take the low end of the market with chequing accounts.

Overseas Tencent, Ant and Alibaba and several others have been building financial empires with a variety of financial offerings driven by UX.

When you think you’re behind, sometimes the most audacious and ambitious route is best. Like for example, announcing a global cryptocurrency run by a bunch of non-financial technology companies.

If you want to add shareholder value to your assets and broaden your data collection efforts, adding (or enhancing) payment across your infrastructure is wise.

As a marketing exercise, Libra could look more like a smokescreen to allow Facebook to present something smaller first. Given their record of data breaches and various other PR issues, if you start with something “crazy,” a less crazy option looks a lot less threatening.

What is the likelihood that Facebook Pay hasn’t been planned out well in advance?

What if the Libra campaign was designed to make Facebook Pay initiative look a bit less threatening?

This initiative builds on their existing approach announced several years ago.

Facebook Pay uses the current financial system and develops payments across its own ecosystem. There are no fees for sending and receiving money from friends and family on Messenger and Whatsapp. There is currently no mention of fees on their other assets.

Where could Libra fit in?

Data has its rewards

Imagine if Facebook decided to reward its members for the data they provide them. Pay them with a digital reward, Libra.

Data represents time spent on the site and contributions. So providing people some sort of compensation for the time they spend on the platform creating digital oil would be a competitive advantage. This would be the acknowledgment that time and attention are real assets around which a future currency could be based.

The attitude about data would shift once they start rewarding their members.

Libra could be saved in your Calibra wallet and used to pay for services and products inside of the Facebook ecosystem. Facebook Pay will already have developed the habit of using these assets to pay for things and send money.

Rather than some elaborate quasi central bank global currency, Facebook would be in a position to develop a customized crypto solution for its ecosystem using these rewards as a catalyst.

The other data transformation

By rewarding members for their data, Facebook would also be helping to address the unbanked in a unique way. They would be providing them with a form of resource that they could actually use to interact with the Facebook digital financial ecosystem.

They would be providing people in failing countries with ways to get paid and buy necessary goods and services. Including people by creating a way to generate a revenue stream with their own data is the leading idea Facebook needs.

By placing a price on the data it collects and uses, Facebook would transform the value of data putting pressure on all of its competitors. The competition would at least have to consider compensating people for their data on their own platforms.

Facebook already has adequate data to develop such a system. And if they offered Libra to members, people would likely spend more time on Facebook. It might also attract other people who are currently Facebook holdouts. They would also increase their data trove.

This approach could drive a virtuous circle of financial system development and bring more unbanked into that system. It could drive adoption and velocity.

Details? Yes, there would be many to sort out, but Facebook has the team and the capability. They have the money and the need. The question is, do they have the will?

Canadians don’t have to wait for Libra to get access to a stablecoin. Buy QCAD, BTC and Ether on Bitvo’s secure, fast, and easy to use cryptocurrency exchange platform today.