2019 has been a building year for crypto. We found out that Bitcoin ain’t dead, Facebook wants to be a central bank, and a lot of nations are thinking about digital currency solutions.

A few people and businesses raised regulatory attention. Some illegitimate participants in the space were weeded out in events that ranged from unfortunate to truly unbelievable.

All of the twists and turns in crypto for 2019 have created an ongoing vision of our financial future. Let’s get out our crypto ball and have a look at the big picture. 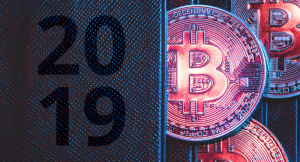 The word disruption is still used far too much. If you want to know what disruption is, it’s 2008. Nobody in crypto wants to live through the repercussions of that. What we have is a transition, and that transition is unique in some ways.

Finance is an organic, evolving business. It’s built on decades, centuries and sometimes millennia of tradition, trial and error and mistakes. The financial industry has been a leader in innovative activity through the use of new technology and the development of new products. ETF’s, mutual funds, venture capital, LLCs, loans, insurance, and other sophisticated financial instruments were developed over time.

Crypto is not so much a disruption as an extension of this broad tradition, with one exception.

This evolution does not emanate from finance. Instead, it is a reaction to the failures of finance. The extensive borrowing of financial structures and techniques by what George Gilder calls the cryptocosm, speaks to the transitional nature of the changes taking place.

Crypto has had a big year with numerous small developments that point to the future.

In spite of the ICO market blowing up, regulatory enforcement and some fat fines, crypto markets have continued to grow and develop. In fact, these developments point to the evolution of a financial model that continues to expand and become more mainstream compared to the year before.

Several events point to the growing legitimacy of the space.

Bitcoin didn’t die. In fact, there are now more than 6,000 Bitcoin ATMs worldwide and a record number of unique wallets associated with the coin. Not to be understated, but volatility aside, Bitcoin’s ongoing existence and interest add legitimacy. This is what Taleb might refer to as a Lindy product. The longer its around, the longer its likely to remain around.

Ethereum, in spite of various setbacks, has vastly expanded its address count and development muscle. It continues to be messy if the headlines and tweets are to be believed, but messy is good.

Credit where futures are due

The development of a nascent futures market and several derivatives based exchanges are providing liquidity and building out the crypto infrastructure. The presence of Bakkt, along with the CME in this area, allows for the potential to expand liquidity, increase hedging and unique speculation options. According to CoinShares, daily crypto futures trading volumes are running around $3.3 billion total for the top dozen or so exchanges.

Credit products are beginning to evolve with various visions of peer to peer lending and collateral options. These are still relatively new. Margin trading and the increasing use of leverage at Binance in other places is a look into what the future holds. While Bitcoin futures can be used to dampen volatility through hedging, margin trading on both futures and through crypto exchanges can become a volatility expander.

It seems a little ironic to allow margin trading on something like Bitcoin, considering the origin of the product. And yet margin trading reflects a part of the market that crypto may not have been envisioned to serve.

3iQ’s “The Bitcoin Fund” finally got approved for listing in Canada with the help of Gemini for custodial services. There have been some Bitcoin futures funds announced as well.

Trading in Bitcoin options is also expanding with current offerings and proposed rollouts in early 2020.

All of these elements point to the building out a broader trading and exchange infrastructure. The more options to exchange, share and move capital will help to mature the space by integrating the best of what is old and new. The question is, how long will it take the crypto space to produce a trillion dollar crypto exchange.

Regulators have been busy as well. Several rules have been laid down as guidance. Rulings on tax policy have been moving from opaque to somewhat clear. And a few enforcement rulings have been less than heavy-handed. Regulatory guidelines and enforcement have been quietly reducing uncertainty in the space.

Failures in an evolving space have utility as well. Quadriga shows us what to look out for in terms of personal probity, business practices, and why some regulation isn’t a bad thing. Knowing who you are doing business with has more value than transactional anonymity sometimes.

Facebook engaged in one of the most brilliantly televised potential marketing campaigns in history. Using a save the unbanked narrative, they told the world they were going to become a central bank. They told countries around the world they would maintain American technological supremacy; and that they would be open to US regulatory scrutiny while being based in Switzerland.

Facebook isn’t the only tech company involved in developing next-gen finance, but they were the only ones bold enough to pretend they were sort of a sovereign nation.

The reaction to Libra was predictable. There were protestations from various nations. Then it seemed like one nation after the other released reports that they were exploring digital currencies. From Carney in the UK to China, Canada, and even France, amongst others.

Nations are waking up to the speed and relentless nature of these developments. Financial incumbents are quickly discovering that they are at a disadvantage. Developers in the crypto space are not bound by tradition, old rules and the usual ways of doing things. The question every nation must now consider is whether they can harness this and get ahead or risk falling behind their peers.

In Canada, RBC made a splash by reporting their various patents and unique product visions using crypto. This announcement legitimizes the whole space in Canada and suggests a more rapid evolution of regulatory decisions and updates.

The recent digital currency-related announcement by the Bank of Canada and their blockchain test run with Singapore would seem to confirm that the race is on.

The Chinese are taking a more bipolar approach. While they seem on the one hand to be anti-crypto, they are interested in blockchain, and a central bank focused digital currency. They’ve also got some potentially significant legacy banking challenges brewing that may require their undivided attention in 2020, according to Kyle Bass.

In the U.K., the FCA is taking all kinds of steps across various areas in Fintech to drive innovation and define the playing field. Carney’s comments earlier this year suggest that they are going to be more aggressive going forward.

In the U.S., the New York Department of Financial Services is continuing to use it’s previously announced BitLicense framework to define crypto. In addition to licensing Bakkt, they’ve most recently granted a license to Fidelity for custody of Bitcoin assets. The Americans have also been extending their restrictions on American citizens operating on foreign-based exchanges. The result is that these exchanges are, in some cases, considering the development of U.S.-based operations.

2019 may well be seen as a watershed moment in finance as it pertains to nations and digital currency.

Stablecoins are growing in number. This presents several problems for regulators and nations. The E.U. is pondering how to regulate them and what role they should play. While Tether might be the best-known stablecoin, there are over 50 projects in use or development in Europe alone. One might be inclined to ask how stable a market of multiple stablecoins might actually be?

Through destruction and waste, we will no doubt find out.

So the theme for 2019 could be simply stated as: crypto ain’t dead. In fact, it appears to be growing up from a rough and rebellious childhood for 2020.

Bitvo provides Canadians with a secure, fast and easy to use cryptocurrency exchange platform.