Crypto and the democratization of finance

“Keeping assets circulating among structures and across jurisdictions allows them to move through the regulatory apparatus of nation states in a nearly frictionless manner.”

Looking at the above quote, you might think this was a statement about cryptocurrencies like Bitcoin, Ether, or Maker’s Dai. But in fact, it was a comment about the centuries-old wealth management business. Wealth management is an industry-driven by a professional class for the wealthiest members of society.

Wealth management provides a range of services that are driven by trusts, foundations, and charities. The individuals that use these structures can buy the best legal, tax, and regulatory advice. This advice and these structures give them a unique outlet from many fiat monetary systems.

But what about the rest of us?

Where does the average citizen go to protect their holdings, savings, or try to accumulated wealth?

Well, the answer is that with the advent of Bitcoin and the entire cryptocurrency space, average citizens now have their own outlet. They don’t need a trust, foundation, or charity. They don’t need paper gold or a few physical coins.

All they need is a hardware wallet. 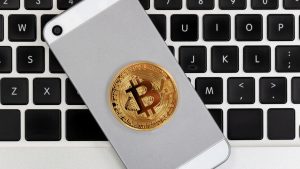 What is financial democracy?

Democracy is a funny thing. It appears to be one person, one vote, majority rules, and other almost cliche statements. Democracy is, however a complex term open to interpretation.

So if I say, democratizing finance, what does this mean?

Votes come in different forms. You can vote through purchases or holding (hodling) of an asset. Or you can vote by being investing in a given project, startup, or idea. It could be developing a community around an idea, project, or concept.

So democracy, in a sense, is the ability to make choices.

But what about financial choices?

Protected from getting ahead

The outcome is to shape ethical behaviour and just actions instead of unethical and criminal activity.

These efforts are, in many ways, defined around the concept of protection. The rules protect citizens from greedy, self-interested parties in and outside of the financial industry. The idea is that protecting the customer from these individuals, the integrity of the system is protected.

But they are often protected so well that they have their agency removed.

They don’t have to assume responsibility for their decisions.

They are so well protected that they cannot assume risks necessary to get ahead in many cases.

And if the system fails, they have nowhere to go, lacking the high ticket professional advice that keeps wealthy client funds flowing around the world.

Then along came Bitcoin.

Owning crypto is a vote

Bitcoin, the granddaddy of the crypto space, started with a few nodes and transformed into thousands distributed around the world. Driven by math, it is the first money system outside of the modern financial system that has scaled in any way.

Bitcoin and it’s spawn, Ether, Bitcoin Cash, XRP, Bitcoin SV, DASH, Litecoin, and thousands of others have created a form of financial democracy.

If democracy is agency and a vote, then crypto is a true financial democracy. And it is a unique way for citizens to get some of the advantages of wealth management, without the wealth manager.

You don’t need a special status to participate in crypto

Average citizens and investors with small accounts are excluded from investing in high-risk prospective companies. The rules around this, called the accredited investor rules, limit who can participate in these projects based on means. As in how much income you have and the number of assets you hold. The emphasis is on the ability to sustain losses, but it also implies that a person with money has superior insight.

The number of accredited individuals in any nation is a small fraction of the total population, giving them special access to vote on what does and does not get built. They get to vote with their money and exclude votes from everyone else through regulation.

The SEC updated these rules to a more knowledge-based approach, but for many, this is too little too late.

Early crypto adopters voted on Bitcoin and numerous other projects leading up to the 2017 boom. Many of these failed, and others were outright frauds, but many good projects remain.

A small but growing contingent of knowledge workers and enthusiasts were permitted by the creation of Bitcoin to vote without the accreditation. They were permitted to take risks and own the results, including responsibility for losses. It’s a new form of financial literacy.

This isn’t the only place where crypto has democratized finance.

Gold isn’t a vote against, it is part of the system

When the financial system experiences stress, the gold bugs crawl out of their holes and grab their trumpets. Gold, often referred to as money, is touted as the anti-US dollar and anti-market. On occasion, that narrative sticks.

Now the average citizen can get themselves some gold. They can do it at a bank or a jewelry store. Or they can buy fiat gold, paper assets created by financial institutions to mimic the idea of gold.

Let’s set aside the idea that the dollar rises more often than falls in a crisis situation, and that gold can move lower in that scenario. But all that gold is stuck in the system. Your bullion has to be stored somewhere where it may be lent out or rehypothecated.

Which is why crypto has a special place in the financial matrix, it is the only true vote against the system.

You can own a few satoshis as a hedge

As people in various countries have discovered, without expensive wealth management advice and structures like trusts, foundations, and charities, your savings are always at risk.

They are protected by the system with various insurance elements added to instill confidence.

Crypto has provided a safety valve for the average citizen to move assets outside of the system. In Venezuela, they have used Bitcoin, Maker, and others to escape tyranny. Although it was too late for some.

Now the average citizen in unstable banking and government environments can use a wealth management type structure to protect their holdings. They can move it out of the official system for as long as they want. They can transfer it, exchange it use it as money, or a hedge.

Now average citizens around the globe can protect some of their wealth by using Bitcoin and other cryptocurrency products. They have access to a structure managed by math, and secured by computers. And it’s the cheapest wealth management product on the planet.

Bitvo provides Canadians with access to a fast, secure, and easy to use cryptocurrency exchange platform.