Can you use cryptocurrency fundamentals for trading?

“People expressing their beliefs and expectations about the future, make prices move – not models.

of the trading volume are not aware of the model, or don’t believe in it.”

Mark Douglas: Trading in the Zone

A junior analyst was telling a senior trader about his work.

The analyst insisted that the stocks in his area of assignment were very undervalued. According to his fundamental analysis, they should be trading much higher.

The trader asked him why the stocks traded there if the fundamentals were so good.

The analyst said the market was wrong.

The trader replied: they trade there because nobody cares about that sector right now. It’s dead money.

If you go through enough articles about various cryptocurrencies, you will see the terms: fundamentals and fundamental analysis mentioned. You will also discover that many either don’t know what fundamentals are or simply fail to provide any.

Now, this shouldn’t be surprising in a new asset class like crypto. What the right fundamentals are, or should be, are far from established. And of the ones that people are trying out, many of them appear complex and unclear for trading purposes.

Eventually, one starts to wonder what crypto fundamentals look like and which ones might apply to trading. 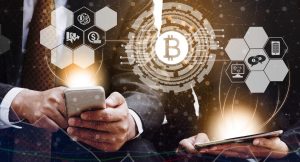 Comparing “should be” to the market price, tells the analyst whether the asset is under or overvalued.

Different assets have different fundamentals. For gold, you might keep an eye on production numbers, the monsoon season in India and jewelry demand. You might follow the inflows and outflows of capital through the GLD ETF. You could look at the commitment of traders’ reports. You might also watch how market narratives ebb and flow, amongst other things.

Currencies draw on elements like GDP, monetary and fiscal policy, political stability, and various perception factors. You would also want to understand capital flows in and out of that economy.

So what are some fundamentals of crypto?

Beware of the white paper

The first place most people refer to for fundamentals is the white paper.

Here the reader is provided with the purpose of the project and the details. A white paper is pretty much a quasi prospectus for an unregulated offering and a marketing document.

And since we know that emerging technologies change rapidly, the white paper may have no value for fundamental analysis or a trader.

What about the team? Well, that might be useful, but if we are talking about a peer to peer, DLT, trust minimized chain, the team probably isn’t relevant beyond a certain point. Although if senior members of a team have some shady history, that might be a strong indication to avoid right from the beginning.

Barriers to entry might be interesting from an investment point of view. However, with open source software, an international market and little regulation, this isn’t likely to be helpful.

Let’s focus on catalysts and variables that impact capital flows instead.

Time for some counting

An obvious fundamental would be the total number of units in circulation. Specifically, you might want to know the free float or amount of free trading coins that are out there. Tightly held coins with a smaller float will mean more volatility and likely higher prices.

The number of transactions and overall trading volume could also be a helpful metric. This could  include the activity across exchanges in subproducts like stable coins.

Another crypto fundamental could be the number of entities that accept a given cryptocurrency and the amount of volume do they appear to do.

You could also look at the number of active wallets on a given cryptocurrency and the trend in those numbers. Are they rising or falling?

Keeping track of miners might be a good fundamental. Looking at the number of miners, technology turnover, fees and general financial health of this group could provide some insights. The fee trends might be an interesting indicator.

While crypto may be anti-establishment, the government plays a substantial role in every tradable asset. Government decisions, actions and regulatory behaviour drive fundamentals across asset classes in some interesting ways.

For example, several assets have a sort of seasonality based in many cases around regulation. Tax-loss selling, earnings seasons, options expiries and fiscal year-end are all regulatory events. Crypto is unique to the extent that regulation is currently limited in most jurisdictions.

While regulation will have an impact on various aspects of crypto, will it drive the development of crypto seasonality? For example, will crypto be affected by tax-loss selling in North America in November and December, since activities in these assets are now taxable? Will crypto experience a Santa rally through the end of December?

A trader can use seasonality like this if and when it becomes established.

And of course, regulation remains a significant wild card as nations compete for digital supremacy without ceding sovereignty. Any announcement by a major economy about crypto or blockchain has market impact.

So government and regulation have important and largely unknown fundamental influences on crypto markets. These characteristics make them an important catalyst.

Lots of trading and investing decisions are made in anticipation of catalysts or events.

In crypto, these catalysts can include anticipation around regulatory changes and enforcement. They include political announcements. It can also include changes in mining rewards like the halving in Bitcoin or various software events like hard and soft forks.

Some of these are impossible to anticipate, but speculation around them drives movement in various crypto assets.

The power of the catalyst is not just in the event but in its interpretation and distribution. The news itself is often not nearly as important as the decisions made on the analysis and wide dissemination of that interpretation.

Since many participants in the crypto space appear to be price chasers, social media sentiment, reach, and news interpretation may be the most important fundamental for traders.

The challenge with fundamentals is that they require assumptions about what one is more important than others. It also typically excludes decisions by the largest participants in the market, crypto traders themselves.

In a new asset class like crypto, lots of analysis is either permanently bullish or permanently bearish. Few interpret whatever fundamentals are available in a flexible, objective manner.

As a trader, being aware of these various elements might be useful, or a distraction. The challenge with crypto is that like everything else in the space, you can borrow from existing markets, but fundamentally, this asset is very unique and still largely undefined.

One thing, however, will never change. Just because something is “fundamentally undervalued” doesn’t make it a good buy. Because when nobody cares about an asset, cryptocurrency or token, it’s still dead money.