Bitcoin, the world’s most prominent virtual currency, recently celebrated a major milestone: its tenth birthday. In late 2008, the Bitcoin white paper was published and the Bitcoin.org website was established. Just a few months later, in January, 2009, the first Bitcoin transactions were recorded.

At the time, these developments went largely unnoticed to all but a tiny group of cryptography and digital cash enthusiasts. In the decade that has followed, however, cryptocurrency and blockchain technology have taken the world by storm, with some observers crediting Bitcoin as the most significant invention since the Internet.

Given the importance of this anniversary, it’s an excellent time to review the short but fascinating history of cryptocurrency — and where the space might be going in the future. 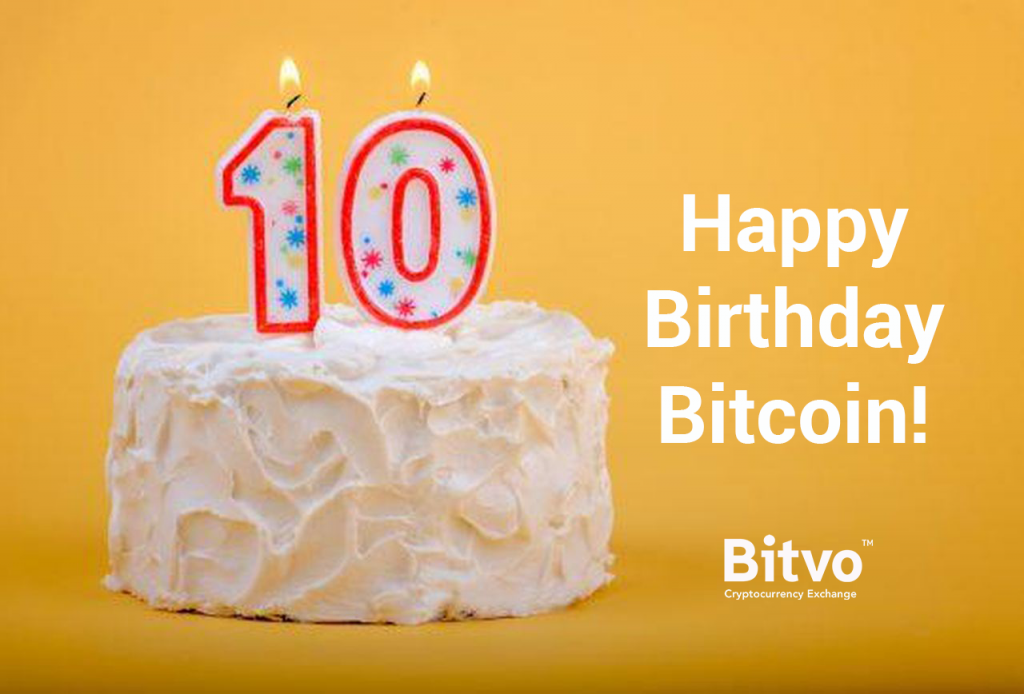 That all changed when an anonymous developer (or group of developers) named Satoshi Nakamoto deployed an elegant and groundbreaking new technology to serve as the underlying framework for digital currency. This technology, called blockchain, facilitated the development of Bitcoin, the first truly decentralized and secure form of digital money.

By 2010, Bitcoin was being traded for goods and services — including a famous early transaction where a Bitcoin enthusiast traded 10,000 Bitcoins for two pizzas. Though each Bitcoin was worth less than a penny at the time, at today’s values that works out to be two $35 million pizzas, a testament to just how far the value of Bitcoin has come.

The Next Phase: New Competitors

Once Bitcoin began to transform from a hobbyist project to a real, working currency, new blockchain projects soon emerged. One of the first of these projects was Litecoin, which used much of the same technology as Bitcoin but incorporated a few key changes in an attempt to reduce processing speeds associated with transactions.

Another prominent early project was Ripple, a protocol designed to facilitate near instant global financial transactions. Unlike Bitcoin and Litecoin, two community-based projects with open development, Ripple was created and marketed by a traditional corporation, Ripple Labs, and largely designed to serve the needs of the global banking sector. Ripple’s token (XRP) and its underlying technology (XRP Ledger), compared to the closed and largely centralized banking system, are both open source and decentralized.

The development of another key cryptocurrency project, Ethereum, also heralded a new era for digital assets. Unlike Bitcoin, which was designed to serve as peer-to-peer currency, Ethereum was envisioned to be a world computer/decentralized Internet powered by digital tokens. The Ethereum platform allows developers to create new decentralized software applications (or Dapps) that could run on the network much in the same way that traditional apps run on central Web servers. In order to power and exchange value on the Ethereum network, a token called Ether (ETH) is used.

The First Wave of Adoption

Following the development of Ethereum, the number of new platforms and digital assets grew exponentially. This occurred in parallel with the development of new market infrastructure to serve the needs of cryptocurrency traders. Cryptocurrency exchanges, once largely run by small hobbyists, now became large, professional operations.

Enterprise adoption of cryptocurrency and blockchain also took massive strides forward between 2016 and 2018, as numerous Fortune 500 firms announced blockchain initiatives or partnerships with cryptocurrency projects. These conditions helped spark wider interest in the digital asset market, something that ultimately helped ignite one of history’s greatest bull markets, with the price of a single Bitcoin surging to more than $20,000.

What Could the Future Hold?

Cryptocurrency has already experienced an incredible ten-year run, essentially transforming from a hobby for cryptography buffs to a globally recognized currency, store of value and emerging asset class.

In the years ahead, it is possible we will see adoption that is much more significant. Technological advancements will make cryptocurrency faster, more secure and far more user-friendly, clearing the remaining hurdles for wide consumer adoption.

Additionally, platforms such as Ethereum will become more deeply integrated into the operations of large enterprises. Smart contracts, supply chain tracking and machine-to-machine micropayments are just three examples of the myriad uses cases for which enterprises can use blockchain technology.

Given the groundbreaking technological advancements of the last decade, few asset classes are more exciting than digital currency. If you’re looking for the best place to buy, sell and trade cryptocurrency in Canada, Bitvo has a secure, fast and easy to use digital currency platform to get you started. Click on the button below to get started.