When you hear the term layer two, you are probably thinking Ethereum. But Bitcoin has a layer two as well. The main Bitcoin layer two protocol is the Lightning Network.

Most Bitcoin enthusiasts and maximalists will be familiar with the Lightning Network.

The Lightning Network is a bi-directional payment channel designed to address two problems with Bitcoin. These were speed and scalability. Coming into 2015, these challenges spawned numerous other platforms, cryptocurrencies and innovations.

One of the innovations was the Lightning Network.

The network was envisioned in a whitepaper by Joseph Poon and Thaddeus Dryja in 2016. The title of the paper was The Bitcoin Lightning Network, Scalable Off-Chain Instant Payments.

From this modest beginning, the Lightning Network has started to come into its own in 2020 through 2021.
Letâ€˜s have a look at how it evolved. 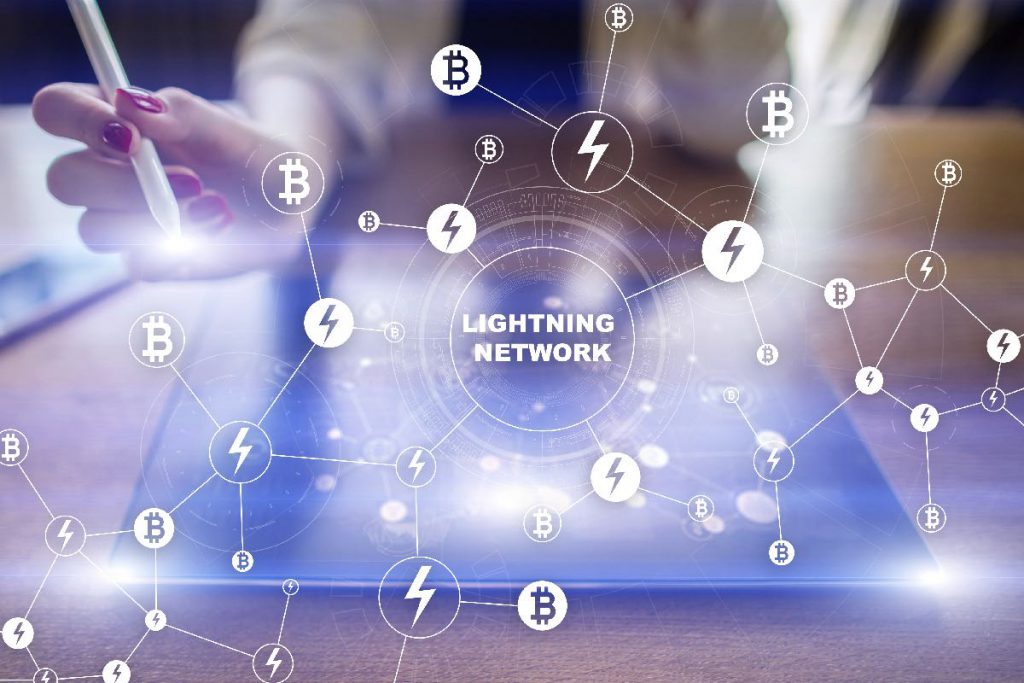 What is the Lightning Network?

The Lightning Network operates as a sidechain payment channel attached to the Bitcoin network.

The channel is bi-directional, meaning that Bitcoin and Sats can move back and forth between the signatories.

The Lightning Network is an infrastructure of nodes where parties exchange smaller amounts of Bitcoin without presenting it to miners. Lots of small transactions are eventually batched together into one netted transaction. Then they are submitted to the Bitcoin miners to add to a block.

And there are various ways one can use the network.

You can set up Lightnin on a desktop (node) or through a wallet.

For nodes, you use the c-lightning and Ind versions. There are also some wallets that can be used, including Eclair, Zap and the Lightning App.

And it all began with a conversation, a whitepaper and three different applications becoming one.

The idea behind the Lightning Network can be traced back to a conversation between Mike Hearn and Satoshi. Satoshi describes how a payment channel could work on the Bitcoin network. Hearn published this interaction to the Bitcoin mailing list.

But it wouldn’t be until 2015 that the idea would be articulated in a whitepaper format.

When Poon and Dryja proposed the Lightning Network, crypto looked different than it does today.

Some of these cryptocurrencies tried to address the speed and scalability issue with hard forks of Bitcoin. Litecoin was an earlier example in 2011, while Bitcoin Cash would come later. There were many others.

But the Lightning Network used a novel sidechain approach.

Three separate groups developed different versions of the Lightning Network for different programming languages. These stages were called c-lightning, eclair and Ind.
Each one was an independent interpretation of the Network.

Eventually, these would converge.

Also, in 2015, a French group called ACINQ created a version called eclair. Their version was based on the Scala programming language.

And in 2016, Poon and Dryja, authors of the whitepaper got together with Elizabeth Stark and Olaoluwa Osuntokun to found Lightning Labs. They developed their version called Ind using Google Go programming language.

This became known as Lightning Bolt, which is the version of the Lightning Network used today.

The SegWit upgrade of Bitcoin in 2017 made it possible for the Lightning Network to work with Bitcoin. In 2018, the beta of Ind and Eclair went live.

The Lightning Network grew exponentially in 2020-2021

The Lightning network began modestly, with 60 Lightning nodes in March 2018.

2020 saw rapid growth in the network. Part of this growth was a change in certain network restrictions.

When originally implemented, the Lightning Network had a coin limit of 0.16777215 BTC and a payment size limit of 0.04294967 BTC. The rationale for these limits was risk mitigation because the technology was so new at the time.

Then some developers proposed removing the limits.

That proposal was known as Wumbo, a nod to fans of SpongeBob Square Pants.

Wumbo allowed Lightning signatories on either end of the channel to agree to the open coin limit. It also removes the payment size limit. ACINQ’s eclair and Blockstream’s c-lightning have adopted Wumbo channels for users in 2020.

And that’s not all that’s grown. The number of channels has grown to more than 77,000. The chart of channel and coin in channel growth resembles that of stablecoin, NFT or DeFi growth.

Bitcoin’s Layer 2 has room to grow

With Bitcoin, you don’t often think of the other layers. You might not know that Blockstream’s Liquid Network is being used for NFT development.

And this is in addition to the main BTC payment solution provided by the Lightning Network.

The Lightning Network is still a fairly new technology, but it seems to have matured quickly with Bitcoins growing adoption.

The Lightning Network is one example of how Bitcoin continues to evolve beyond a simple cryptocurrency and store of value.

Bitvo is a secure, fast and reliable crypto trading platform for Canadians.

Buy, sell, and trade BTC, DOGE, ETH, UDSC, ADA and more by clicking the button below and setting up your account.