Over the last several months we have been subjected to a barrage of events.

It has been ugly.

It’s like that feeling when (TFW) you’re being slapped in the face with hot slices of pizza every few weeks.

And the surprises keep on coming.

Now, the hard thing to do right now is to take a step back for a second and take stock of what’s going on.

There are problems out there. They aren’t limited to crypto. You can see them periodically in every corner of the financial system.

Although some days we have some relief like from a softer CPI print and a monster rally in the markets.

A while back I wrote that this looks like a year where you get ten years of experience in one, this is what I was talking about.

One of the big problems is that the scars of events accumulate. Those scars lead to reactions which tend to become more triggered and violent. These events shape expectations.

And it is during these periods that you have to slow things down a bit and think your actions through. Let’s take a step back in time and I’ll show you why. 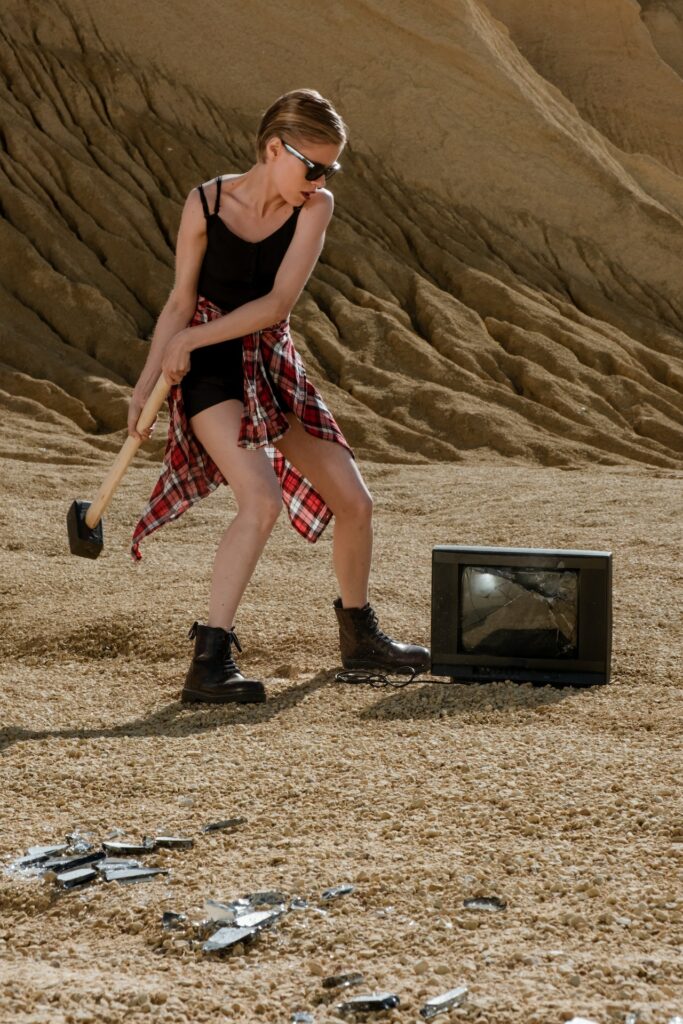 The early 2000s had lots of surprises

As each one came and went, it created a hair trigger reaction to everything. Then a rumor was floated about a large Canadian financial company, which turned out to be false. But the leadup to this was a series of high profile failures which gave the rumor credence.

One of these was Enron. One savvy analyst and short seller named Jim Chanos beat the drum on this one. It took a long time before the stock eventually fell. And when it did, we all discovered what Jeff Skilling and the boys were up to. The scandal was so big it took down the accounting firm Arthur Andersen with it.

John Arnold, one of the traders from Enron went on to take the other side of a gigantic natural gas position put on by Amaranth a couple of years later.

Amaranth trader Brian Hunter bet the farm that hurricane season in 2006 would create a repeat of the natural gas price spike in 2005. Back in 2005 a series of hurricanes caused significant damage and interruptions to energy infrastructure. And he profited handsomely in ‘05, so he upped the ante.

Amaranth’s position was so big, they became the market.

And they were wrong, wiping themselves out and taking with them numerous highly leveraged oil and gas companies.

The Enron scandal and the aftermath of the dot com bubble bursting was a disaster for many.

The scars from this event left people wary of any bad news.

And this is what happened when a rumor surfaced about the company run by “Canada’s Warren Buffett.”

The company was called Fairfax Financial, and it was run by billionaire Prem Watsa.

Back in the early 2000s, a rumor was floated by someone that the company was in trouble. And because people were so messed up from all the blow ups that had already happened, some started selling.

The selling invited more selling. As the selling increased, the normally boring, illiquid Fiarfax started to fall. As it fell, word spread across trading desks that there was a problem.

The thing was, that the rumor in the case of Fairfax was false, and the stock recovered after an ugly day of trading.

And the reason why the rumor spread, is because there had already been so many problems, many believed it was better to shoot first and ask questions later.

Fast forward to 2010. Everyone that came through the financial crisis was beat up.

The blood had flowed for months. There were Bear Stearns, Lehman, AIG and so many more. There was the suspension of short selling on financials at one point.

The swings were epic.

And while 2009 was better, those scars still remained.

Which is why when in May 2010 the market started to suddenly crater out of nowhere, it brought everything back.

The S&P dropped like milk flowing out of a carton onto the floor. And as the market fell it gathered speed.

And we were sitting there in shock.

Could this be happening again?

Well the market recovered and held up. They blamed a firm that had a sell order in the S&P futures, which was ridiculous. Years later they sent a young guy trading from his parents’ apartment to jail for spoofing the S&Ps causing the infamous flash crash. This happened in one of the most liquid indexes in the world? Right.

All of these reactions are a byproduct of being beat up added to questionable circumstances, resulting in a negative reaction.

What do these problems have in common?

In the first week of November 2022, we saw another unthinkable market event. In a bear market environment, these things happen more often than you realize. And the reason for these frequent gigantic meltdowns comes down to some common problems.

One of these is the ongoing use and abuse of leverage. And part of the leverage story is the evolving quality of the collateral underlying the leverage. The evolution of collateral quality can be real or perceived. And in a down market it’s usually both.

Another is that weak markets create illiquid conditions. These conditions can widen spreads materially and turn normally easy to sell instruments into gaping bidless money pits.

George Gilder talks about the financial system through the lens of entropy in his book Knowledge and Power.

The idea is that low entropy is low information, fast, and trusted. This is tapping your card to pay. There are assumptions about certain products or services that preclude heavy due diligence. This is trust based.

High entropy is the opposite. It’s high information. Messy. And requires due diligence and risk taking. This is potentially trust but verify.

These events are very common in down markets. Which is why trading in down markets can be so tough. And why you have to treat difficult markets differently than a bull market.

The lessons abound this year. One of the lessons is that markets are hard and full of surprises. If you are trading actively, there can be periods of calm, periods of tremendous profitability and others where you’re getting that feeling like getting hit with hot pizza day after day, as the Fly would say.

Leverage is an ongoing issue that requires careful attention and risk management. You want to be careful with leverage in unpredictable markets. And you want to be wary of companies that are using leverage, especially liberal use of leverage in an environment with volatile markets.

You want to make sure that your risk management doesn’t leave you vulnerable to those “almost never happen” events. Because in bad markets, these happen with surprising frequency.

And making sure you have a cash reserve to give yourself flexibility is always advisable. It allows you to step in when opportunities present themselves.

Plus, you should also make use of one of crypto’s key advantages, which is self custody.

You should also recognize that every other trader will eat you alive if they think you’re vulnerable. This is human nature. You don’t have to like it, but you must be aware of it.

As events unfold, you want to be able to step back and see the big picture. These markets are not common, but the behaviour in them is predictably ruthless and opportunistic.

We have a bunch of catalysts behind us, but there are more to come.

And if you are prepared for the unexpected, you can identify and take advantage of changes in market sentiment.

And that’s the name of the game.

Open your account, by clicking the orange button below.