If you are trading or just getting into crypto, you will eventually hear about proof-of-work and proof-of-stake.

One of the advantages of crypto is that it has a decentralized peer-to-peer network. The network operates based on consensus defined by proof-of-work or proof-of-stake.

The choice of consensus defines how the network is secured, rewarded and guided.

It also defines the potential for scalability and energy consumption.

And this distinction was once again front and center in 2021, thanks to Tesla. 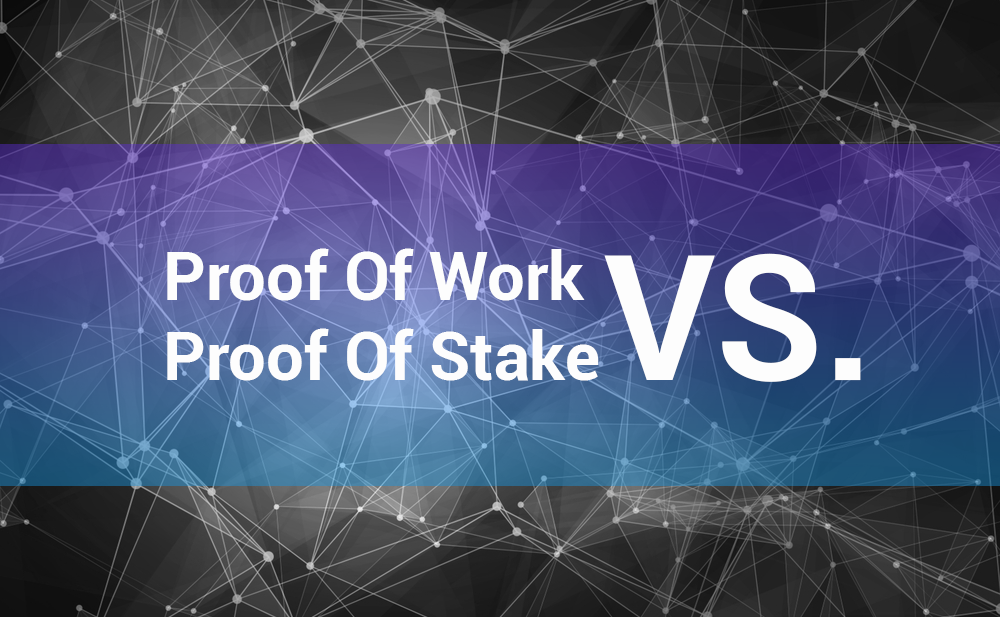 What is Proof of Work?

Proof-of-work is a consensus algorithm. It’s called consensus because a distributed and decentralized record requires the consensus of numerous participants to verify.

The blockchain is the transaction and transfers record of every token on that chain. It is called decentralized because the blockchain is replicated across nodes on a worldwide network.

The consensus process is executed by miners who compete to solve complex mathematical problems. The winning miner verifies the transactions, completes the block, adds it to the chain and receives the reward.

In the case of Bitcoin, this process takes place roughly every 10 minutes.

Rewards for completing the block are a certain number of tokens based on a predetermined schedule. The reward is a form of compensation for the energy and computer power used.

In the case of Bitcoin, the reward began at 50 Bitcoins in 2009. The reward is programmed to be reduced by half every 210,000 blocks or roughly every four years. So as of the halving in May 2020, the reward is 6.25 Bitcoins per block.

Computing resources give miners significant control over the direction of the cryptocurrency, altcoin or token.

For example, Bitcoin’s recent Taproot upgrade was only possible with the approval of Bitcoin’s miners.

What is Proof of Stake?

Proof-of-stake is a fundamentally different approach to consensus than proof-of-work.

Instead of competing to complete the block, anyone who puts up a certain sized stake can participate. A stake is a certain amount of tokens, altcoins or cryptocurrency placed in secure storage on behalf of the staker.

The rights in proof-of-stake are proportional to the hodlers stake. Proof-of-stake also gives the staker a say in the direction of the project.

Proof-of-stake is designed to address some of the criticisms of proof-of-work. These include increasing transaction verification speed. It also increases the volume of processed transactions.

And an increase in speed and volume capacity leads to improving the scalability of the project.

Proof-of-stake, by design, reduces the amount of energy and computing power required to manage the transactions and secure the blockchain.

You will notice that most Ethereum-like blockchain platforms like Polkadot, EOS, Cardano, NEO, and Flow all use some form of proof-of-stake.

Ethereum and Proof of Stake

Ethereum decided to move to proof-of-stake to enhance the capability of the Ethereum platform.

In Ethereum’s case, growth revealed the deficiencies of the platform. The explosion of Crypto Kitties in 2017 slowed down the entire platform. While improvements were made, the growth in DeFi, stablecoins and NFTs have added significant demand.

So throughput had to be improved.

Ethereum’s proof-of-stake will require a minimum stake of 32 ETH to participate. The validators will be chosen at random from the existing stakers.

This approach also reduces the amount of energy and computing power required for each node to operate.

Transaction costs on Ethereum referred to as gas, have become onerous for various transactions. They have also varied widely and undermined the value for some users.
So the cost of transactions had to be reduced and stabilized.

Ethereum started the process with their Constantinople Fork. In 2020, the Beacon chain was the next important step towards testing and validating proof-of-stake consensus on Ethereum.

Ethereum’s ETH2 deposit contract for staking has grown in anticipation of the change.

Proof of Work vs Proof of Stake

Tesla’s questioning of Bitcoin’s energy use opened up, yet again, the power consumption question.

This topic has been used previously as a weapon against crypto innovation and largely without context.

Ben Gagnon of Bitfarms talked about the efforts miners in North America have taken towards energy. This includes acting as a counterbalance on power grids by using energy that would otherwise be wasted.

And this is what Elon Musk and Michael Saylor discovered when they talked to North American Bitcoin miners.

But the challenge for Ethereum is different. With a vision of an open platform that anyone can build on, proof-of-work has been identified as a limiting factor.

Ethereum has attracted millions in staked ETH, investment, stablecoins and token projects built on top of its architecture.

Throughput, efficiency, and scalability are crucial for the evolution of the platform.

The future of crypto involves open, scalable platforms like Ethereum that others can build on.

Which is why Bitcoin recently announced their Taproot upgrade.

And Bitcoin’s recent Taproot upgrade means that the debate around proof-of -work and proof-of-stake is not over yet.

Bitvo is a secure, fast, easy to use crypto trading platform for Canadians.

To start buying, selling and trading BTC and ETH, click the button below and set up your account.