Sunday, September 25, the British pound got tagged to lows not seen since the mid-80s.

The DXY looked like one of Elon’s SpaceX ships heading off into space.

Crazy seems to be just getting started, after some already crazy times.

We are just starting to see destabilizing moves in various assets. Geopolitical events are taking shape into a season of important catalysts.

And there is a lot to be bearish about overall.

Crypto hasn’t been immune to these market moves as it trades around wider market expectations.

Now being bearish is one thing. But being overly negative, on the other hand, can be a problem.

Extreme market negativity is more than simply a bias.

And it’s the kind of commitment that can cloud your judgment and cause you to miss periodic market inflections. These inflections are powerful bear market rallies.

And these rallies can represent key opportunities in a bear market.

We’ll get to that in a second.

Now, as always, what follows is not trading or investment advice. My objective here is to help you step back for a moment and reflect on what you see so you can interpret the action from a different perspective.

Now, where were we?

We were talking about being too negative.

And this reminded me of the great Doug Casey. 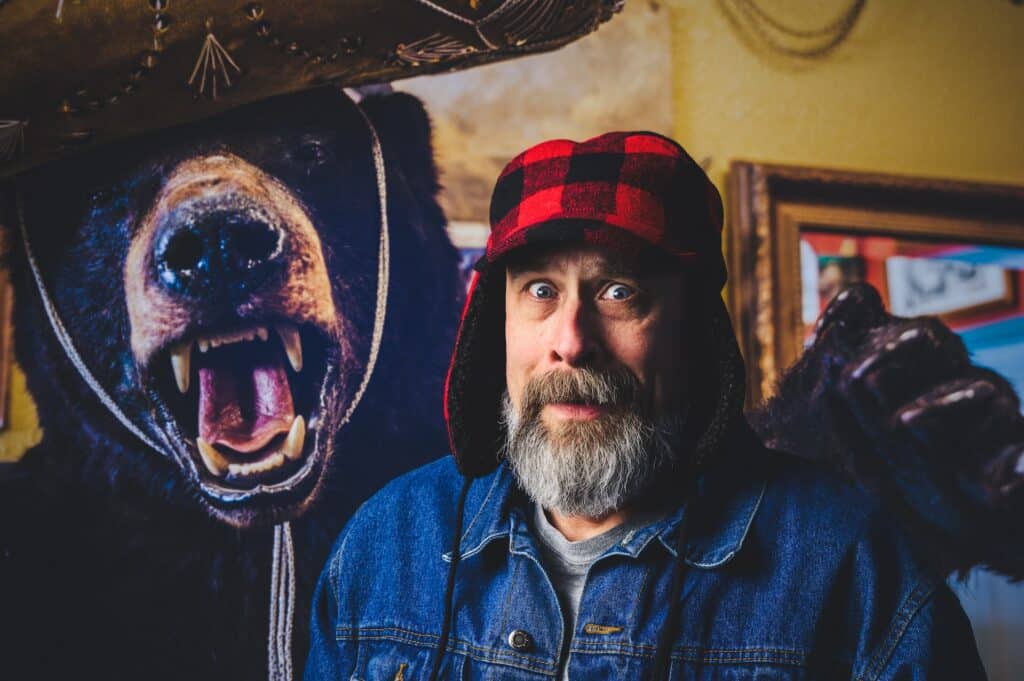 Being too negative can shut you down

If you haven’t read any of Doug Casey’s old stuff, don’t. He is a fantastic writer. Very persuasive. And after reading his pieces in Daily Reckoning many years ago, I literally couldn’t put on a trade.

The onslaught of very logical and fact-based arguments about why everything was doomed was punishing. Coming after the financial meltdown we had all been through, this analysis took a toll. My head was in the mixer. I was no longer able to see what was right in front of me.

So I had to stop reading Doug’s brilliant analysis. I couldn’t see the world through his eyes and then look at the action as a series of opportunities.

And as you look around at the market commentary during this period, you may find yourself experiencing something similar. Everyone is trying to steer your focus, emotion, and action. If it hasn’t happened yet, the onslaught of narrative and “news” may catch up with you eventually.

It’s closer to being all in at the craps table and stubborn as hell.

When you’re this committed, you won’t see a juicy bear rally developing.

And these rallies can be an important part of getting through a bad market.

It’s good to have a bear market on the books

Bear markets are challenging environments to operate in as a trader. Yes, everyone in crypto that’s been around since 2018-2019 has some insight into what that’s like. That was a really important lesson that can serve you well right now.

If you missed that one, no worries. You’re getting your turn now.

But there is some important context to consider. The 2018-2019 softness came during a period of relatively uneventful financial and global macro market activity outside of crypto.

In traditional finance, there hasn’t been a big ugly bear market for a long time. The last one was 2007-2008. And many of the current traditional financial crew started after the GFC in 2008, and they haven’t been through one of these big cycles yet.

The action will gnaw at you every day.

As I’ve written before, I believe we are in the middle of a moment that will define monetary history well into the future.

And part of that will be the story of a financial system that was so fragile that it required trillions in stimulus one year, followed by a monetary beat down two years later.

You gotta wonder if they would have been better off doing nothing at all.

Now, every day seems to have another financial surprise. A systemically important European bank with exploding credit default swaps, begging the question, Lehman 2? A major currency dropping like a bag of hammers. A central bank forced to abruptly change course., A tightening labor market in a recession. Fragile supply chains. Fuel prices that are shaped by policy constraints and catastrophic policy errors. Sabotage on the high seas that looks like it’s designed to provoke conflict.

And the Fed is acting like James Dean in Rebel Without a Cause as it plays chicken with the economy.

See the action through timeframes

In an environment like this, you have to step back a bit. The way you can do this is to think in timeframes. For example, you could have different trading biases for the short, medium, and longer-term time frames.

So you can be short-term bearish and long-term bullish. Or the opposite.

Whatever your outlook will depend on the way you are approaching the market and what your analysis and expectations are.

This gives you space to do things that might not conform with one of your other time frames.

For example, you can use a portion of your trading account to get long for a short-term rally in a bear market. Or you can cover a short and go neutral when your objectives are met, even though you might still be looking for downside. Or you can use these rallies to shovel some out and reposition for a resumption of the trend lower, where you can buy some back cheaper.

This approach is important because when you have this flexibility, the market stops looking like a threat.

It starts looking like a series of opportunities in a fluid, evolving environment.

Because when you get too negative, that key flexibility goes out the window.

And you don’t want to kiss too many of those bear rallies goodbye without using them if you can.

The obvious is usually wrong

Why do so many people sell right before a big lift?

Now, I’m not saying you should short anything. The short side is a tough game. But if you’re hedging or looking for bear market rallies, this is a good thing to think about.

Temporary inflection points are a process. Bear market rallies are a complex interplay between emotion, flows, and changing sentiments. They are also fast and furious.

The British pound was a great example. On the night of September 25th, it got tagged down to 1.03 vs. the USD. But it didn’t just stay there. Stories started swirling that a bunch of hedgies piled in at the end of the week looking for upside.

Then right when it looked like it was heading lower, the pound rallied.

The Bank of England came out the next day and said they would say something. The statement was that they would step in if necessary.

Which led to a rally in the broader market because a central bank had “capitulated.”

But when the reality of what happened settled in, the selling resumed the following day.

And crypto followed right along.

How those bear market rallies develop

You’ve seen liquidations in bitcoin and ether many times. We explored them in an article on leverage and one on technical analysis.

For a quick review, the market gets caught by surprise. Levels get cut through. Positions get blown out, particularly leveraged positions as the margin clerks toss position liquidations into the flaming abyss of a decline. A cascade can develop as a result.

And those that can no longer take the pain, sell.

Those short into the decline use those liquidations to cover and buy from short sellers late to the party.

As the liquidations and sell-side flows disappear, there is an air pocket leading to a rally.

The bottom fishers flip their positions out for a quick gain.

Late short sellers run to cover their positions, and off it goes, giving you an opportunity to reposition or lighten up.

When you’re too negative, you miss these moves because your flexibility disappears, and your creative thinking gets turned off.

And the market goes from a fluid playing field of opportunity to a marker of a mistake.

This is no time to be comfortable

The crypto space has already had a smackdown. But you have a peer-to-peer payment system and self-custody at your disposal. If the financial system implodes or a bank holiday were to be enacted, you’re golden.

But if you’re focused on capital gains, there is still some overhang from trapped longs at various levels. By this, I mean buyers that are saying quietly to themselves that they will sell once the price gets back to where they bought it. There are lots of these in every crypto asset at many price points above here.

Crypto has also traded like a tech stock, although that may change over time. This change will be a significant adjustment and something you will want to be aware of when it happens.

But the key point here is that the market outside of crypto is in visible turmoil.

Crazy things are already starting to happen with increased frequency. These events are unlikely to become less frequent. I expect the frequency to grow, and with them all kinds of unexpected outcomes. As this volatility grows, so too will the potential damage to other parts of the global financial system.

And this unexpected activity will find its way into crypto one way or the other.

But if you’re too negative, you’re going to miss these signals.

So step back a bit and define a series of views around various timeframes.

Keep things tight and your firepower at the ready, cuz it looks like a lot more shizzle might be on the way.