Home  »  Bitvo Learning Centre   »   Is a Web3 phone the gateway to unlocking the future of crypto?

The Web3 space has lots of funding, enthusiastic builders, and lots of interesting projects. The crypto and tech diehards, or at least a bunch of them, are there. The promise of Web3 is big.

The reason is, in part, the relative newness of the space. Amongst others is the problem of rudimentary user experiences, which Yaniv Tal, founder of the Graph, talked about in his keynote in 2019.

Which brings us to the release of the Saga Web3 phone from Solana.

The Saga joins the HTC Desire 22 pro and the Nothing Phone, a partnership with Polygon.

With everything going mobile, this might be the catalyst toward mass adoption of Web3.

Although there will no doubt be endless naysayers, and yes, this approach might fail.

Because there were many other gateways into new technology spaces that were called failures initially. And yet we are all using a bunch of them today. 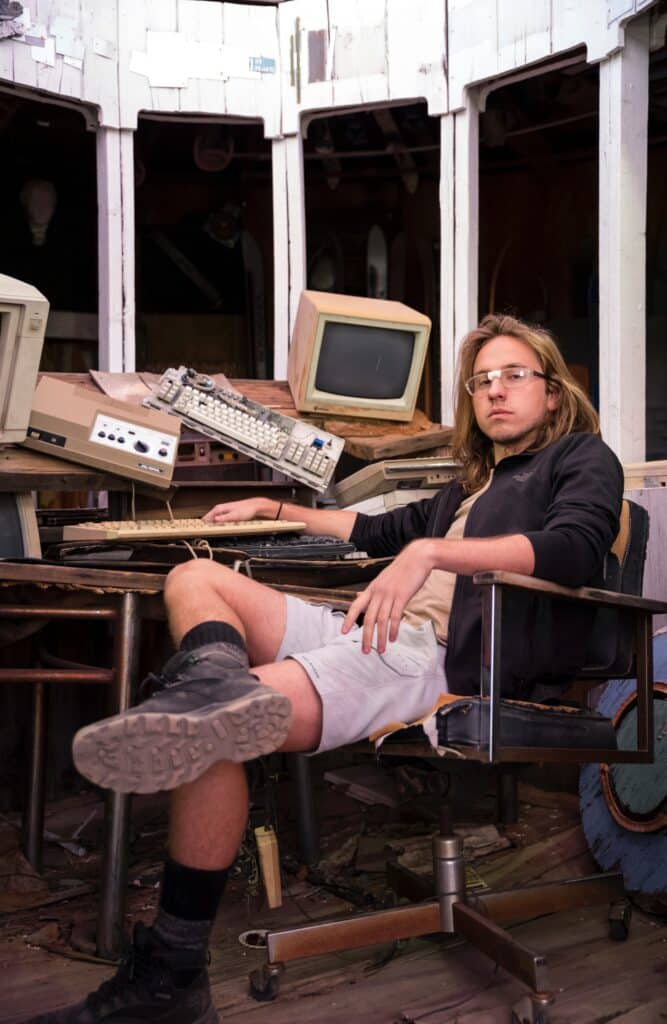 The Saga phone is a partnership between the Solana blockchain and OSOM, a privacy-focused device developer. The phone has drool-worthy specs for any phone buff, 512 GB of storage, 12 GB Ram, Android-based, 6.67″ OLED screen, and Qualcomm’s Snapdragon mobile platform. And the phone comes spec’d with the open source Solano SDK.

The presence of Qualcomm across the phones is a nod to one of the pioneers in mobile, the most powerful gateway of the modern age.

Looking back, we can see how important a gateway can be.

Just look at what Netscape was able to accomplish in 1994. One simple concept opened up the world of the internet at a time when it was limited to universities and researchers. This led to an explosion of new products, companies, and ideas.

Today that access point might be a dedicated phone. And remember, it was a phone that acted as a convergence device and opened up the entire world of mobile in a unique and unexpected way.

And the critics were out there criticizing the idea even before Jobs made his keynote for the iPhone.

The iPhone as a gateway

When Steve Jobs introduced the original iPhone in 2007, it was met with a mix of celebration and derision.

Steve’s presentation lined up all the top phones clad with their physical keyboard and began to trash them all.

Now, the original iPhone wasn’t much compared to phones we have today. But at the time, this was a big deal—an iPod with a touch screen that could make calls and had a browser.

The 3G came soon after, and the improvements continued year in and year out.

The development of the app store was a revolutionary business model developed for mobile.

The iPhone was a visionary convergence device. Before, you had a mobile phone, a Palm Pilot for your address book and notes, a Tom Tom for GPS, an iPod or Mpeg music device. And likely a very large laptop. The iPhone integrated all of these elements in a small form factor, making it both attractive and accessible.

So far, the iPhone naysayers have been wrong and not a little bit wrong either.

Then came the greatest consumption device on earth

I remember the talk when this came out. It was mostly negative.

A big iPhone. Not as good as a laptop. Who will buy it?

Total flop, they were saying.

And yet when I got one in my hands for the first time, it was clear what this was all about.

The iPad is the greatest consumption device on the planet. And all of that consumption is taking place in an exploding web environment.

The iPad is a further extension of a web environment that is increasingly mobile, fast, adaptive, and fun.

The world is continuing to trend mobile. But Web3 is in many ways still desktop based.

So the exploration of mobile is a smart gamble that may pay off in time.

Part of that will be because the entire concept is built on the skills of the gateway makers of the past.

In his book Knowledge and Power, technology futurist George Gilder explores the world of innovation through information theory. An important part of this story revolves around how Qualcomm adopted information theory and made key discoveries around noise and power and the distribution of packets of information.

They did this by leveraging insights from Claude Shannon’s seminal work, A Mathematical Theory of Communication, published in 1948.

Gilder attributes some of the most important mobile advancements in the 1990s to Qualcomm. The presence of Qualcomm in these new gateway phones should therefore come as no surprise.

Of note, Anatoly worked at Qualcomm for years before becoming the founder of Solana. And, at least in the case of the Saga, it is being made by OSOM, whose founder was the head of iPad architecture for Apple and worked on other key products.

The Saga also embraces the open source ethos by providing an open source SDK platform for development built right in.

The dream of a Web3 native experience

Watching the Saga keynote presentation, you can see different firms working towards solving problems for Web3 and crypto.

As a user, you know crypto can be done with some level of simplicity, but it gets complicated fast, especially as you move across products.

In a podcast in early 2021 with the founder of Flow and investor Fred Wilson, Fred talked about NFTs and what he’d like to see.

Remember, this was back when Top Shots had only really started taking off.

Fred talked about how an easy and enjoyable way to share your NFT experiences would be valuable. There have been numerous developments in the area to display, share and exchange NFTs.

But with a mobile-first environment and a Web3-first phone, these potential options have the ability to blossom further.

And that applies to other aspects of crypto and Web3, including security, speed, access, and user experience.

The next upcycle in Web3 is being shaped today

In a video, Joe McCann talked about the potential for second-order effects of the Saga phone. Even if it were to fail or not succeed as hoped, the learnings could shape a new vision of Web3 access and use. He mentioned the Amazon Fire Phone and the learnings applied to Alexa and Halo as examples.

Solana has joined what might become a significant change in how Web3 evolves and grows.

The Saga, Nothing phone and HTC are early in this strategy to address a couple of key challenges for Web3. By emphasizing user experience, and building on current mobile experience, Web3 leverages something that people value and something that they know.

It’s too early to tell if this is the right approach or not.

There will be those that criticize the move, as they do with every other technology.

And they may be right.

But if this succeeds, all that money recently invested in Web3 is about to look a lot more attractive.

And the future opportunities and business models might be one step closer to mass adoption.

Which begs the question, which Web3 business models will be first out of the gate in the next cycle?