Bitcoin is a new vision of money for an entire generation. But it is also much more than that.

If you are new to Bitcoin or crypto, you might be wondering how to get involved.

So let’s cut to the chase.

You can start right now by going to the bottom of this post, clicking on the orange button, and opening your account.

The process is simple.

You sign up and fill out a couple of documents, add some dollars, then use those dollars to buy some Bitcoin.

If you’re looking for more info on Bitcoin, either come back here after you sign up or come with me now. We’re going to take a quick tour of one of the greatest financial innovations in the last several decades. (For the Tl;dr version, you can also visit this page.) 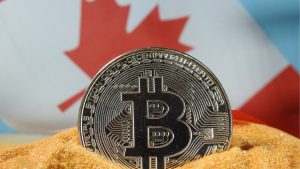 Bitcoin only became mainstream in the last couple of years. It was in the papers before that. If Bitcoin just came on your radar recently, it is because of the maximalists, enthusiasts, a group of dedicated developers and two high profile buyers.

The first big buyer that got things moving in 2020 was Michael Saylor of MicroStrategy. He influenced Elon Musk in a very public Twitter conversation leading to Elon’s participation. And these pubic announcements represented the all clear for many hesitant institutions.

But before that, Bitcoin was the exclusive realm of the enthusiast and Bitcoin maximalist.

It’s gone from an unknown release in 2009 to buying pizza to an important alternative asset in the 2020s. Now Bitcoin is quoted daily in numerous financial newsletters and on mainstream financial media.

Bitcoin has the unique ability to meet several needs in one platform.

In one context, it can be used as money. In another it can be used as a speculative asset. Bitcoin can also be used as a powerful (and inexpensive) peer-to-peer payment system available to anyone in the world. And for those that want to hold assets outside of the traditional financial system, Bitcoin offers a unique capacity to do this.

In this case it acts like an external trust fund available to anyone that wants to use it.

Bitcoin is all of those things in one package.

But it’s also a way for you to vote for an open, decentralized peer-to-peer vision of future finance.

With Bitcoin, you vote by participating.

Bitcoin is a digital financial innovation based on cryptography. It is a software program with a digital ledger called a blockchain.

Bitcoin miners use electricity and computer power to compete to update each block in the blockchain and secure the network.

The blockchain ledger helps keep track of which “keys” own which Bitcoin or portion of every Bitcoin. You can see which anonymous public keys owned which Bitcoins from their initial release to today.

New Bitcoins are released by the software on a predetermined schedule for successfully completing new blocks. Each entry in the ledger is made approximately every 10 minutes, 24/7. And as of May 2020, the Bitcoin reward release schedule is 6.25 Bitcoins per block.

Each Bitcoin is, therefore, a digital representation of the energy and computer power used to make the network work. It is not issued or controlled by any government.

Miners sell their Bitcoin rewards into the market, creating a growing circulation over time.

And individuals can buy Bitcoins or portions of Bitcoins called satoshis.

How to buy Bitcoin in Canada

Bitcoin provides users, enthusiasts, and first-timers like you with several easy ways to acquire it.

There are Bitcoin ATMs worldwide. With the ATM, you simply add your payment card, choose the amount of dollars you want to convert to Bitcoin, and buy it.

As a contractor or business, you can receive payment in Bitcoins using this same process. And you can do microtransactions using a Bitcoin sidechain called the Lightning Network.

The most common way to get Bitcoins initially is through an exchange or crypto trading platform.

Crypto trading platforms give you an easy way to access Bitcoin liquidity pools with numerous anonymous users. They also provide secure storage and custody (if you want it) and some provide education.

Now, there is something else you will eventually have to get for your Bitcoin. Remember when I mentioned taking assets out of the financial system? This is where external storage comes in.

In crypto,  the term wallet is used to describe a storage solution for your crypto assets. It’s like a bank account in your pocket.

There are several solutions to accomplish this. But the first thing we should discuss is the public and private keys. Keys are how you control your Bitcoin in the ledger, transfer and receive it.

And the wallet you choose can be a hardware wallet or basically a special USB drive. It can be a hosted wallet through a browser. There are mobile wallets on your phone. Or it can be other solutions like a piece of paper or the keys cut into a piece of metal.

You can also have multiple wallets for different uses. Mobile for trading, hardware for larger amounts, and longer-term holdings. Maybe a paper wallet for a backup.

A great starting point for exploring wallets for your Bitcoin is to go through the wallet section on Bitcoin.org.

I would suggest you also consider looking for wallets that can hodl other crypto assets. While you may only be interested in Bitcoin today, you may eventually want to get involved in other assets. For example, if you decide to buy an NFT or do some staking on Uniswap, you might want some ETH. You might be interested in exploring the Cardano ecosystem, which will require some ADA. And so on.

So look for a wallet that gives you the ability to hodl multiple assets in one wallet.

And we can’t talk about Bitcoin, wallets, and crypto generally without talking about security.

What are some Bitcoin security best practices?

I know I don’t have to tell you that cyber thieves are working overtime to get access to your phone and computer. They want access to your bank accounts and crypto keys.

Here are a few important steps you can take to protect yourself.

Farshad Abasi and Dominic Vogel shared their security tips and expertise on how crypto buyers, holders, and traders can protect themselves. There are some other great tips in there.

Trading Bitcoin vs. Investing in Bitcoin

We don’t provide trading, investing, or portfolio advice at Bitvo. That’s up to you to figure out and we encourage you to do your own research.

What we can do is tell you how the trading process works in case you haven’t been exposed to a trading platform before. We also have numerous articles covering many aspects of trading in our education section. I wrote these to help you speed up your learning curve and to help you get acquainted with many elements of trading and crypto.

Now, if you’ve signed up already (or if you haven’t, you can do so now by clicking the orange button at the bottom) and you’ve deposited dollars. Now what?

Go to your trading screen, click on buy, and select the amount of Bitcoin you want to buy.

And remember, you don’t have to buy a whole Bitcoin. You can buy a bunch of SATs or satoshis. One Bitcoin can be divided up to 8 decimal places. So one Bitcoin is equal to 100,000,000 units, called satoshis or SATs.

Then confirm the transaction.

Boom! I told you it was easy.

This is also referred to as converting CAD to BTC. Converting back from BTC to CAD is the same process but on the sell-side. And when you sign up for your Bitvo Cash Card, you can spend your cash balances wherever you want.

One other important thing is that you have to keep a record of your Bitcoin buys and sells. You will need these for tax time. We can help with a record of your transactions on the Bitvo Trading Platform. Contact the Support Desk, and they’ll take care of you.

If you are doing DeFi, NFTs, and moving between crypto and altcoins or tokens, you will have to keep a record of these as well.

Let’s get you started

If you’re interested in Bitcoin, you’re in the right place. Bitcoin is a powerful vision of what finance and financial relationships can be.

You have a peer-to-peer payment system, a digital, fully mobile form of money, and a speculative asset. You also have a way to remove assets from the system for protection.

All that in one package in your pocket.

Bitcoin is the oldest cryptocurrency. And it is the foundation for an industry that started at 0 and grew to trillions in value and tens of thousands of projects.

But Bitcoin is one of hundreds, even thousands of crypto assets. Other crypto assets include stablecoins like USDC stablecoin, or into DeFi with ETH and UNI, and other blockchain platforms like ADA.

All you have to do to get started is click the orange button below, fill out the KYC/AML docs, deposit some dollars, and open your trading screen.

Welcome to the future!

P.S. And don’t forget to sign up for your Bitvo Cash Card.