Home  »  Bitvo Learning Centre   »   Crypto, like all assets, has a risk pendulum.

Are you feeling stressed about this market?

Your emotions a bit jacked?

A lot of people feel that way right now, so you’re not alone.

The good news is that this is the natural order of things.

Asset prices are shaped by evolving emotions that move and shape the action of the pendulum.

These moves create opportunities for traders, especially when they get to extremes. And it’s possible we are at or very close to an extreme on the pendulum right here.

I suggest this because the people that talk smack about crypto are patting themselves on the back with smug satisfaction. Then there are the extreme comments about what will happen next.

But they aren’t paying attention to the signs and signals that matter.

And their hollow triumph may turn out to be short-lived. 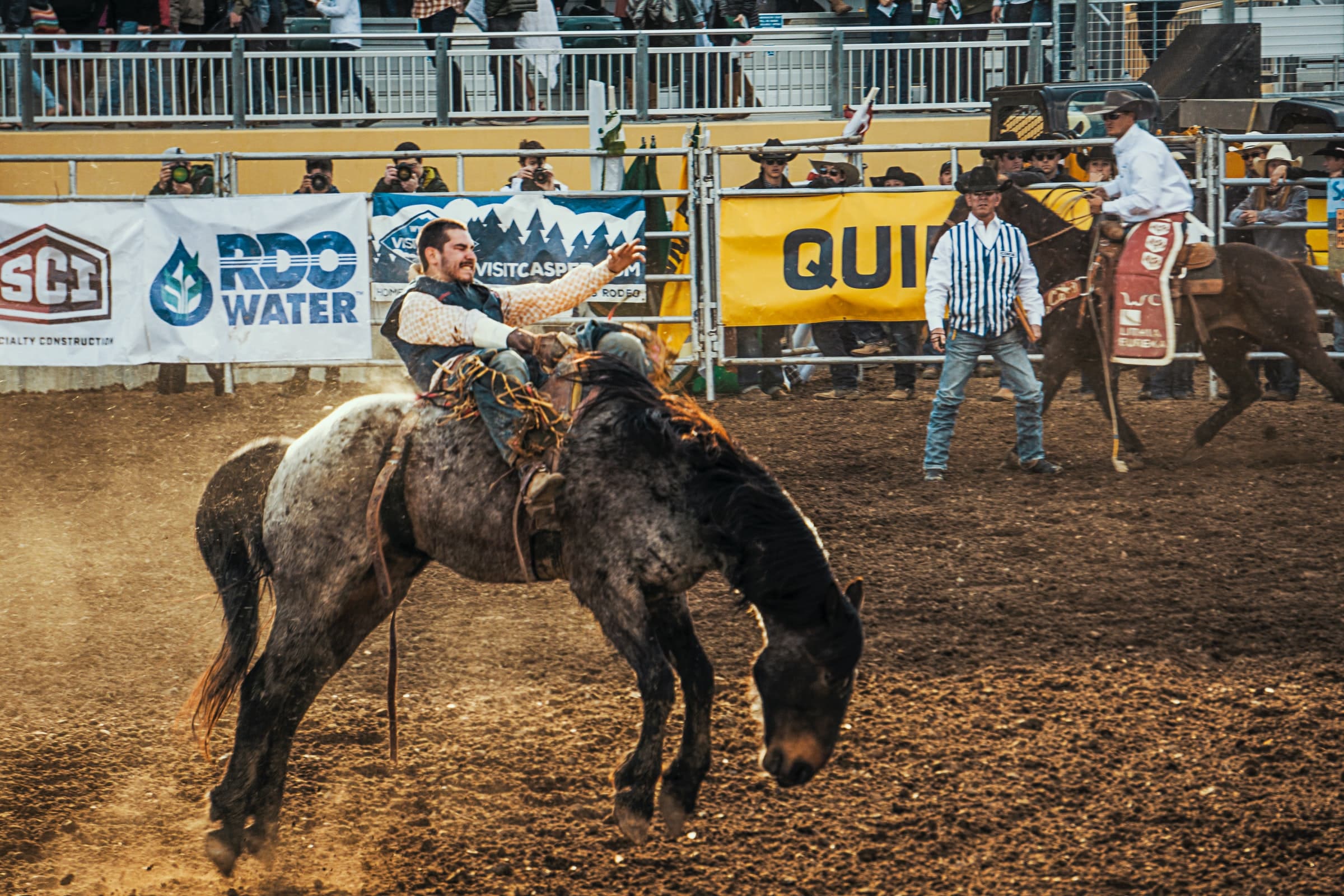 Back in 2020, we explored a trade idea going into the last Bitcoin halving. Part of that included exploring 1998 and other events and government responses. These responses become part of a playbook that money managers and traders will refer to, looking for similarities and solutions.

For example, right now, you’ll be hearing references to the 70s on inflation. Then you’ll hear various references to the Volcker Fed, which was credited with taming inflation in 1982. These playbooks are attempts to see what players and asset managers did in the past in response to those unique conditions. Then those responses are examined in light of current conditions.

Crypto’s playbook options are limited compared to traditional markets. You’re seeing a lot of talk about various 70% declines and recoveries. But aside from that, there isn’t a lot to draw on.

While crypto price discovery has matured, the space has expanded with more than 19,000 crypto, token and blockchain protocols, platforms, and products. When things go sideways with a speculative market this new and this size, it’s like Cole Trickle racing through a cloud of smoke in Days of Thunder.

Crypto, in general, trades more like a risk asset in the wider international asset mix. As a whole, the asset class trades more like listed tech stocks. Which means they are being influenced in part by what is happening outside of crypto.

And that is a problem if you are thinking about crypto as a strictly independent asset class. It is unique, but it still has many of the same problems that exist in modern finance.

These include leverage, concentration, and the risk pendulum.

Let’s go back to 1998 for a moment for a quick review of how leverage, concentration, and the risk pendulum work.

The Long Term Capital story is pretty well known. A couple of Nobel Laureates started a hedge fund with the former Solomon bond trader that Michael Lewis highlighted in his book Liar’s Poker. The Nobel Laureates received their accolades for developing the Black-Scholes option pricing model.

The LTCM team used their market insights to devise a hedge fund strategy and their pedigree on Wall Street to raise funds.

Their trading strategy involved various spreads in a variety of (typically illiquid) financial instruments with predictable price behaviour. And those trades were based on models across various international assets. The fund did very well at first, earning great returns. Prime desks seeing the success, started piggybacking the trades, which added concentration. And as they continued to mint money, they were able to raise more money and add lots and lots of leverage to goose the returns further.

The leverage magnified the returns, but it also magnified the risk and exposure, which eventually became gigantic. The firm had borrowed in excess of $120 billion, but it also had off-balance-sheet derivative exposure of one and a quarter trillion. And remember, in 2020, this seems like chump change, but this was 1998 dollars.

As the year progressed, the pendulum was already swinging towards the other extreme as Asian markets faltered. Then they hit tilt when the Russians defaulted on their bonds.

Those spreads LTCM was exploiting with maximum leverage and exposure suddenly moved in the wrong direction.

And with all the leverage, they were wiped out in short order. The Fed had to step in and recruit the major financial institutions to save the financial system.

Now, I’m not saying these things are the same, but they rhyme a bit. The founders of 3AC have a financial background from large international financial firms. This gave them credibility and access to capital. They were using significant leverage in markets that are both speculative and periodically illiquid. They appear to have spread themselves across DeFi products where daisy chain leverage may have been added for additional yield.

They were betting on calm seas and upside prices. And when the pendulum swung to tilt, they were caught.

But they aren’t the only ones.

Unlike the LTCM event, which almost took down the entire financial system, crypto as a whole is still standing. Sure, projects like Terra will finish the year with a skull and crossbones. Others like Celsius and Babel may not be around in a few months. Time will tell.

This is how markets are supposed to work. Losses are how markets enforce discipline on capital managers and capital allocators. Blowups are how mistakes are revealed and brought to light.

These blowups always happen as the risk pendulum moves from euphoria to fear. Leverage and concentration move from expansion and euphoria to contraction, fear, and the puke phase and liquidations.

We saw mini versions of this during 2021, where traders were given several opportunistic liquidations.

And these inflection points are where traders should be thinking about the implications of these emotional extremes.

Now, I’m not saying the downside is done or not done. This will be revealed in time.

But we should take some time to think about what these highs and lows mean.

What to do at emotional tops and bottoms

We’ve talked about how to keep more of what you make by stepping back at the highs to observe your behaviour. This is one extreme of the pendulum.

We’ve also looked at trading slumps and how these affect your psychology and behaviour. This is the other extreme of the pendulum.

And we’ve also talked about narratives and listening to the news, and the value of thinking for yourself. When you are at emotional extremes, your perception of these narratives and news is altered. And this impacts the way you see the extremes of the pendulum.

John Coates talks about this in his book, The Hour Before Dog and Wolf. It is at these extremes that traders often engage in counterproductive behaviour. Instead of using the emotion as a signal, it becomes an anchor, further reinforcing actions that work against the trader’s interest.

When the market is down, you are depressed and can’t think straight. Instead of making a sacrifice to the trading gods to snap out of it, one rides it down.

Or the market is up, and you keep layering risk like it’s blue skies forever.

These conditions are why we have trading rules.

When risk management no longer seems to matter, and extreme leverage is comfortable, these are warning signals. So too are those moments when you have to keep a bucket nearby in response to market conditions. It’s a signal.

You have to be actively aware of your behaviour as signals, so you can take a step back and evaluate the situation.

Where are we now?

Let’s take a look at where we are right now.

The first layer in crypto, the major blockchain platforms, have done pretty well. This is Bitcoin, Ethereum, Cardano, and several others. The token prices don’t look pretty, but the increase in activity and changes in direction have not affected their functioning.

The transactions are being done. The transfers between peers are still occurring. The miners are still securing the networks. And the promise of this system’s staying power has continued to be verified. This layer is the oldest and most tested, and the best protocols continue to perform.

The Layer Two dApps and services are where some significant cracks have appeared. This is where Terra, Celsius, Babel, and some others are getting boot-stomped. However, there are numerous smart contracts that are still executing flawlessly. And remember, the naysayers said the smart contracts would never work, but here they are operating under stress. These stress tests are important things to keep an eye on.

There are business ideas in DeFi that continue to be tested and operate in these conditions. Lots of the Web3 space is well funded and backed, and building continues.

Fund strategies in the crypto space are being tested as well, and not just 3AC. Some will take a dirt nap. Others will make their name through this period.

Every weakness is going to be exposed here.

But the question for traders is this, how much risk, leverage and concentration remain?

Is everyone else pessimistic enough for me to see the other side?

This is what you have to be thinking about.

Where is the pendulum on crypto?

Crypto is not an isolated market on an island somewhere. It’s more like an organic, growing incubating node attached to the financial system. And because of that, the wider world will impact the action in the space.

Everyone wanted the big institutions to be a part of crypto. Well, those players bring a vision and an experience that shapes activity. And they are sensitive to the conditions created by the government, regulators, macro conditions and other assets.

Right now, we have a unique inflation environment. It could be argued it’s being driven by printed money. That’s certainly true of financial assets and real estate. But there is a bigger problem with this environment and a potential catalyst coming out of the response to it.

Every supply chain has been altered or broken. Policy decisions are the driving force behind many of the shortages and supply chain problems. And many or most of these cannot be fixed with interest rates and or quantitative tightening.

What happens if there is a policy mistake in progress and the Fed has to reverse course? What will the signal be? And how much risk, leverage, and concentration will be in crypto if and when this happens?

I don’t have the answer for you, but this is something you can and should be thinking about.

A few months back, I said that this is one of those years where you get a decade of experience in a year. Embrace it. We’re here. This is the most important education you will ever get.

Move your emotional pendulum to the middle and look around.

Where are the opportunities?

Where are crypto’s risk pendulum, leverage, and concentration? Are they high or low?

Now, what is your plan?

Trading requires an account, some capital, and a plan.

If you’re ready, Bitvo is a licensed crypto trading platform for Canadians, and all you have to do to start is click the orange button below.