We are living through an extraordinary period in history.

Uncertainty has moved to the forefront of every plan.

And inflation has been rearing its ugly head.

Crypto projects are sometimes referred to as inflationary or deflationary. Reading white papers of various crypto projects, you can see these tendencies depending on the coin issuance and burn schedule.

It could be argued that crypto is the best laboratory we’ve ever had to create something closer to perfect money. And that starts with understanding inflation and deflation and where our new crypto financial instruments fit in. 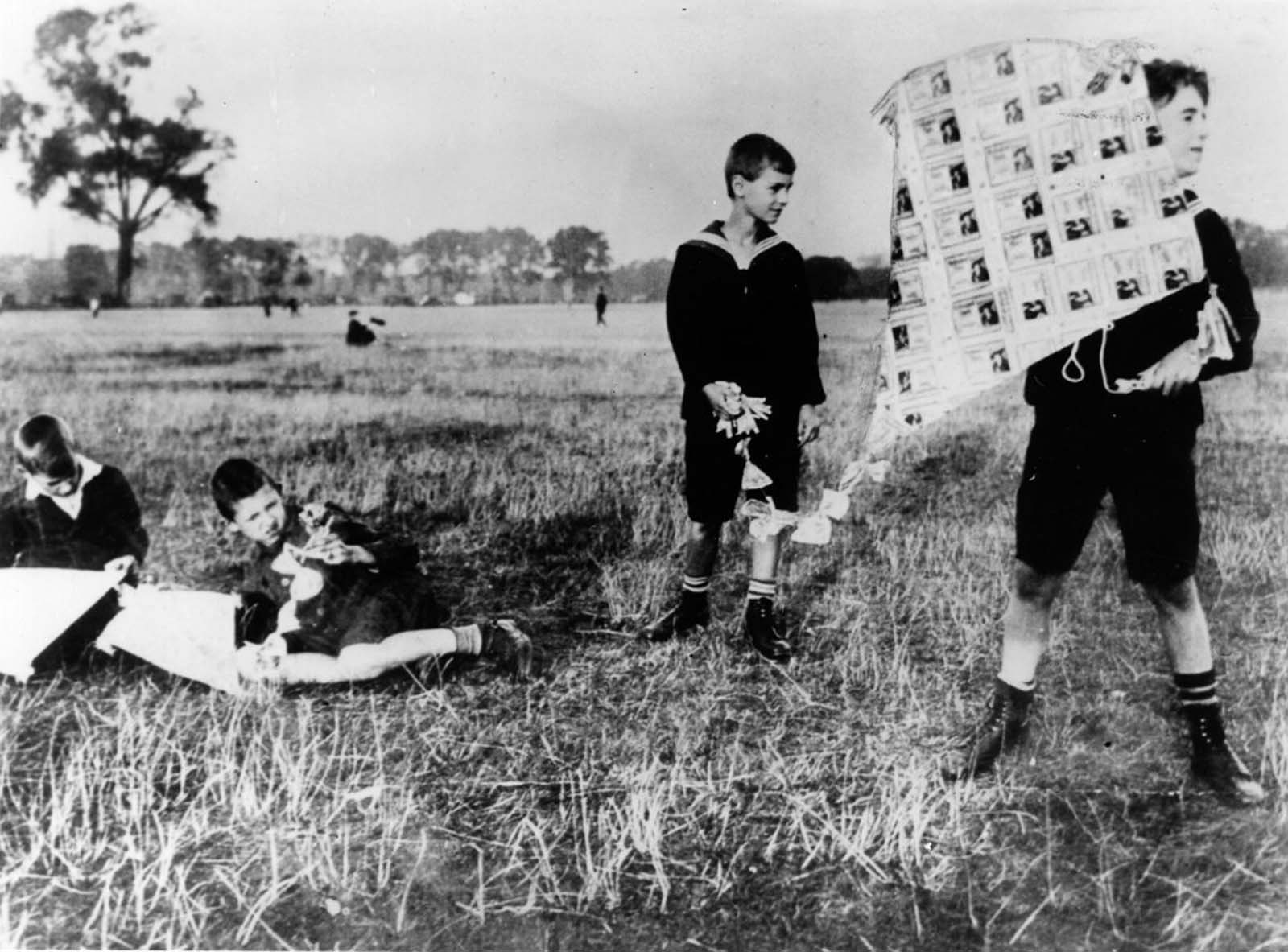 Inflation is a monetary phenomenon

The best-known quote about inflation is from Milton Freidman, winner of the Nobel Prize for Economic Sciences in 1976. He said that inflation is always and everywhere a monetary phenomenon.

Inflation is another way of describing how the purchasing power of a currency declines. Which is to say, inflation is driven by an increase in money chasing the same number of or fewer goods.

Which reminds me of a joke an old guy told me once in Moose Jaw, Saskatchewan.

The guy in his 70s was walking by on the way home from the grocery store.

He stopped and said: “You know, I’m getting stronger as I age.”

Then he held up the half-filled plastic bag he was carrying and said, “I know this cuz when I was 30, I needed two hands to carry fifty bucks worth of groceries. Look at me now!”

We had a good laugh.

Inflation as a topic gets to the heart of cryptocurrency. Part of the crypto vision is about privacy and decentralization. The other part is an attempt to create what is called sound money.

Sound money usually means money that retains its purchasing power over time. This is how people envision the gold standard. The gold standard had plusses and some minuses that are often forgotten.

On the plus side, having gold back your money meant that fiat operated more like a derivative product. Sort of like a modern stablecoin backed by a stable physical asset.

But this system had some downsides.

The gold standard wasn’t all positive

One challenge was that if your gold stores fell too much, bringing those back into line meant painful austerity. Austerity is otherwise known as cutting government spending at a time when this approach would be painful. Under the gold standard, austerity wasn’t optional, it was a necessary feature under the hard money system.

And the hardships from forced austerity had a disproportionate impact on the poor and working people.

So the money was sound in terms of purchasing power under the hard or sound money system. But lacked the flexibility to address the competitive nature of a growing world.

And it also failed to address some natural human tendencies when it comes to markets.

Inflation as problem and an incentive

When we talk of inflation, various historic scenarios are mentioned. One is Germany in the 1920s. I’m sure you’ve seen photos of the wheelbarrows of money. Each day a loaf of bread required more and more stacks of bills to buy. Kids used Marks to make kites. This was technically hyperinflation.

In North America, the story of inflation was in the 1970s largely attributed to oil market policy. This story includes how Paul Volker, Chair of the Federal Reserve, tamed inflation by raising interest rates to a painful level. This supposedly stopped inflation in its tracks which was followed by a boom in equities and bonds starting in 1982.

One interesting element of inflation is that the Fed has a loose 2% inflation target. The St Louis Federal Reserve indicated that it became official policy as of 2012. The target represents a rough target for their mandate of price stability.

I read somewhere that an inflation target of 2% reduces the risk of hoarding money. The target incentivizes savers to maintain purchasing power by keeping money in circulation through investment.

Circulating money is considered the antidote to a bigger problem, deflation.

Inflation is driven in part by changes in prices for key economic inputs. These are typically energy and labour. In most businesses, these two costs touch almost everything a business does in some way.

When the price of energy goes up, that impacts shipping of raw materials and finished goods across vast supply chains. These additional costs are passed on to consumers through price increases or a reduction in the volume of goods provided.

Wages for union employees are typically indexed for inflation. It maintains their purchasing power over time regardless of changes in inflation. And in times of increasing demand, employees can demand and receive higher wages. These are also passed onto consumers.

What we are witnessing today is the destruction of just-in-time supply chains, economic restructuring, a reduction of energy investment, and an increase in uncertainty about the future. And added to this are trillions in government spending to keep the system going.

All of which are contributing to inflation.

But if you are looking at the central banks, you are getting a different message. Their actions don’t appear to suggest a concern about inflation.

Deflation is the real problem

We have been taught to view inflation as bad. But what the Federal Reserve views as bad is deflation. And we know this by watching not what they say but what they have been doing.

During inflationary periods, price chasing is common. This is based on the expectation that it’s cheaper to buy today than it will be at some point in the future. And it is reminiscent of how buyers approach assets they perceive as scarce. They chase them.

Take a look at any NFT market for examples of this.

In a deflationary environment, what is scarce is money. So buyers that have money will wait as assets fall in price. As the assets fall, the purchasing power of money increases.

The trading behaviour of the bitcoin market is a great metaphor for how this works.

As bitcoin rises, buying becomes more aggressive. I’m sure you’ve seen and experienced this personally. The higher it goes, the more aggressive the buying. Nobody wants to be left out of the “big move.” There is a perception of higher prices tomorrow than today.

When bitcoin is declining, buyers become harder to find. It’s coming down, so you wait for it to bottom. In a falling market, bitcoin appears more plentiful and buyers more scarce.

This is not unique to bitcoin. This behaviour applies to almost all assets.

It is this deflationary impulse that the Fed and all governments worry about most. If money is perceived as scarce and assets plentiful, then asset prices are at risk.

And that’s a problem because so many assets are collateral for loans.

If asset prices fall, it can trigger loan covenants, and the system can cannibalize itself. We saw this during the Great Financial Crisis of 2008.

That’s one of the reasons why trillions have been spent in the last two years, the fear of falling asset prices, which hints at the overall fragility of the entire system.

Cryptocurrency as a monetary experimen

What’s interesting about cryptocurrency is the experiment part.

Right now, there are a bunch of different experiments running with a variety of goals.

For example, bitcoin is considered hard money because it has a limited number of coins programmed into the software. A fixed amount of coins is referred to as deflationary because the value will always be maintained. The value cannot be inflated away in any way.

Ether was inflationary in that it had an ongoing net positive coin issuance structure. Today with proof of stake, it can be either inflationary or deflationary depending on whether rewards are higher or lower than ETH being burned in a given day.

Dogecoin has an inflationary bias with a clear issuance schedule.

If you read the white papers of the coins you are trading, you will see that each has its own unique take on how to deal with inflation and deflation. Ultimately each crypto asset, token, blockchain platform, and cryptocurrency is testing alternative views about the purchasing power of an asset. This is what I refer to as value discovery.

One of the challenges with crypto and value discovery is the environment it exists in.

While the system itself is like a parallel financial system, it doesn’t operate in isolation. The outside world and existing dollar-based system provide reference points that make some claims difficult to verify. Bitcoin can be called deflationary compared to a world where Keynesian economics is widely used (increased government spending), and austerity (decreased government spending) is typically shunned.

For example, for bitcoin to be deflationary, it has to operate in a world where it is the dominant currency, and everything is priced in BTC. When an entire supply chain is priced exclusively in BTC, the potential for a stable value to deflationary bias is more likely.

But one of the challenges with a hard money asset is the propensity to hoard it.

And the value of bitcoin is also impacted by its volatility which changes the perception of inflation versus deflation relative to dollars.

This is not a criticism of bitcoin. Bitcoin is a fundamental part of this vast value discovery experiment. It is the foundation. It is a key part of exploring various monetary concepts using technology.

Another challenge that affects the entire crypto space is that it hasn’t been tested in a true inflationary scenario. It’s been a long time since we have had a true inflationary environment. Few, if any, North Americans under 40 know what that looks like.

What if there is no one best money solution?

I suspect the debate about what the best kind of money will be will not end with crypto or one particular cryptocurrency or asset. But it will provide a crucial evaluation of different monetary ideas in a time-compressed fashion.

German carmakers use the Nurburgring in the same way to test their cars. Driving on the track at speed provides extreme forces that accelerate the wear on their cars. It shows them weaknesses early and in far less time than would be required in normal driving conditions.

This helps with the development and improvement of car design, safety, and performance.

Crypto is the Nurburgring of monetary instruments. Ten thousand plus crypto, token, and altcoin projects, plus DeFi, NFTs, and the rest are like the cars on the ring.

They are being tested in their own unique and growing ecosystem, bolstered by attachments to the traditional financial system.

And if inflation is indeed more than transitory, crypto is about to be battle-tested in that environment. This is a necessary step to see what does and does not work under stress.

There seems to be an argument that one form of money or another should be the standard. However, what we may be in the process of discovering, is that more than one monetary solution with different attributes is the answer to the complex dichotomy of inflation and deflation.

Crypto may get us to that understanding much faster than was ever possible before.

Bitvo is a secure, fast, easy to use crypto asset trading platform for Canadians.